A total of 16 features will receive funding from the country’s national film centre. 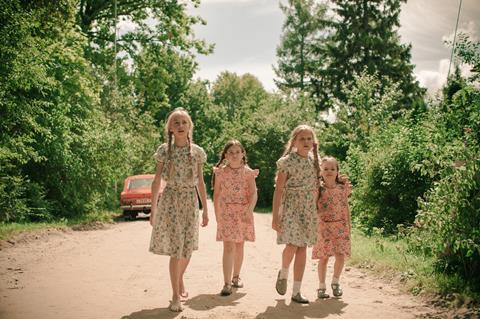 Latvia is celebrating the country’s centennial in 2018 by funding a slate of 16 feature-length films.

With a total budget of $8.5m (€7.5m) from the National Film Centre of Latvia, an independent jury selected projects out of 31 submissions in a bid to highlight a wide range of filmmaking talent and genres from the country.

The selected projects - six features, two animation films, eight documentaries - go into production this year and will premiere in 2018.

“We are especially happy to note that the selection includes as many as nine female directors from various generations such as one of our leading directors Inara Kolmane (Billie), but also newcomers like Madara Dislere (Paradise ‘89) in addition to David Simanis (Boy With A Dog), whose Escaping Riga premiered at CPH:DOX in 2014.”

One of the projects recently selected for a cash rebate is A Gentle Creature by Sergey Loznitsa, who returns to Latvia after shooting Cannes Competition title In The Fog in the country. Loznitsa’s upcoming feature is produced by Marianne Slot (France) with Film Angels Studio handling the Latvian production.

The total cash rebate of the National Film Centre of Latvia and Riga Film Fund - which can be used in tandem in 2017 - is increased to $2.6m (€2.3m). Both cash rebate schemes offer open deadline for submissions.

The country has traditionally been known for its high quality animation and documentariesRecent Latvian successes include Renars Vimbars’ Mellow Mud, which won the Berlin Crystal Bear for Best Youth Film.