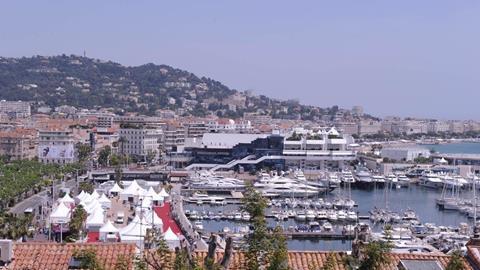 The day has finally come: May 12 – what should have been the opening day of the 73rd Cannes Film Festival, before this cruel pandemic made the date an impossible dream.

Normally, the international film industry would already be on the ground in the festival’s glamourous Cote d’Azur setting, or on its merry way, setting up booths and stands or hanging banners out of rented apartments, getting ready for the most exhilarating meshing of cinematic art and business that exists on the planet.

At Screen, we would have been on our second press day already (with Day 1 already in hotels and hotspots around Cannes), comfortably ensconced in our offices at the Majestic, existing (at least during daytimes) on ham-and-cheese baguettes from the buffet provided daily by the hotel.

It’s the largest gathering of Screen’s far-flung team across all facets of the brand – editorial, commercial, events and marketing – as well as many of our international correspondents and critics. It’s the only chance many colleagues will get to see each other across an entire year, and we’re all there to do a job we love and embrace: covering the world’s greatest film festival and busiest market with daily print editions. For a festival as weighty and essential as Cannes, it can be an exhausting two weeks, but none of us would want to be anywhere else.

And it’s not just us. Cannes is the annual gathering stage for the entire industry – directors, producers, sales agents, distributors, programmers, publicists, national bodies and media – and its absence this year will undoubtedly be leaving a void. We believe Thierry Fremaux wholeheartedly when he said to Screen in an exclusive interview published over the weekend: “We were set for a fabulous Cannes.” If only we could be there from today to see the many beautiful, culture-shaping films that would have been programmed both in Official Selection and the sidebars.

But we can’t be sadly. We can’t be queuing for Competition titles at 8am with bleary eyes and a lukewarm cappuccino, or eating an overpriced Salad Nicoise in the old town, or drinking rose at The Grand, or – unlike this nonchalant wild boar – strolling down the Croisette at night. And although Fremaux will reveal some of his 2020 selection in June and it might be possible to see those titles at the autumn festivals, we’ll all be thinking of Cannes wherever we see them first – and wondering what might have been.

So here’s a toast – one of many today I am sure, and of course with a glass of rose in hand – to the Cannes Film Festival. To all its majesty and importance of course, and to its pomposity and haughtiness too. We wouldn’t want you to be anything other than you are, and we can’t wait to spend time in your presence again.