Actor and director talks shattering taboos in a topsy-turvy world ahead of Doc/Fest panel. 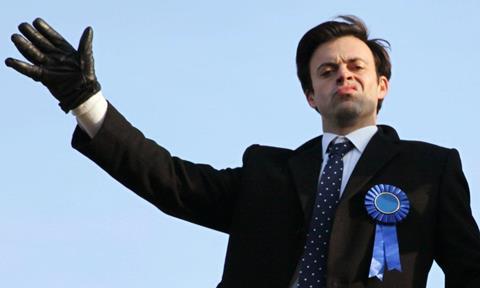 “Satire is a young man’s game,” said John Lloyd, the doyen of British satire, sitting back in his chair. “As we always used to say on Spitting Image, satire don’t do shit.”

I was interviewing John for our News Roast podcast and his words hit me like a ton of bricks. Could that be true? If satire “don’t do shit” then what is it for?

Are satirists simply court jesters allowed to mock the king and declare that the emperor has no clothes? Why of course we are. But we are here to fulfil a lot more besides.

Satire cannot be dead in the topsy-turvy world of shock elections, post-truth and reality TV stars-turned-demagogues. While there are taboos to be shattered and hidden truth to shine a light on, the potency of satire will burn bright.

The essential purpose of satire is to provoke the audience and generate debate, through making fun of taboos. Of course, satire alone cannot change the world but it asks us to look at our political situation with different eyes.

We live in an age of putrid bile spitting demagogues, and satirists need to steal a march on them by taking on the difficult issues directly. If we don’t, it becomes the territory of the populist right who are able to claim that they are the ‘radicals’.

That is not without its dangers. A sketch in my latest BBC2 series Revolting called The Real House Wives Of ISIS became the eighth most shared BBC clip of all time having reached over 75M people’s Facebook pages – it also caused international outrage and there were calls to have it banned.

It’s easy to forget that when Monty Python’s Life Of Brian reached the silver screen there were protests all over the US outside cinemas. Why? Because it is taboo to call out a taboo, and it scares a lot of people.

To my mind there has never been a more important time or need for satire, but in the UK we are sadly under nourished.

Where are the TV commissioners brave enough to answer this call? Surely they can’t all be at HBO or Comedy Central and based in New York or LA?

The British sense of humour is a globally renowned export so why is there not more on screen in the time of Brexit and strong & stable snap elections?

Perhaps times are changing and the BBC and C4 will lead the way and give voice to those already having their voices heard online.

Or perhaps we will just have to look longingly over the pond to Saturday Night Live, John Oliver and The Daily Show. Surely the time has come to Make Great Britain Great Again and reclaim our crown as the best producers of satirical comedy in the world. The choice, Mr/Mrs/Miss Commissioner, is yours.