EXCLUSIVE: The edgy distributor has picked up Canadian rights to Justin Tipping’s coming-of-age drama and winner of the best cinematography in a US narrative feature prize at Tribeca. 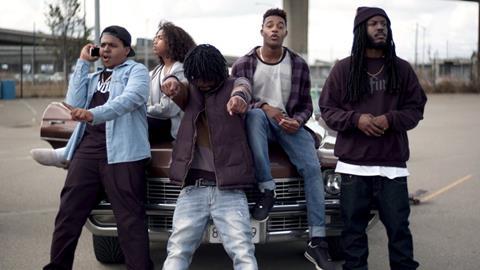 Tipping makes his feature directorial debut and is regarded as one of the independent and festival space’s hot emerging talents after his Student Academy 2012 bronze medal- winning short Nani and Swimming In Air earned plaudits.

Kicks tells the story of a 15-year-old boy who enlists a friend to undertake a dangerous mission through Oakland, California, to recover his stolen Air Jordans sneakers.

“Kicks is an accomplished first feature and will resonate with Canadian film lovers,” said Michael Robson, senior vice-president of acquisitions and business development for D Films. “The film boasts breakout performances from a mostly unknown cast and is a perfect complement to D Films’ roster of titles.”

Robson brokered the acquisition with Ryan Kampe of Visit Films.