Toronto-based Films We Like has picked up Canadian rights to Ingrid Veninger’s upcoming drama. 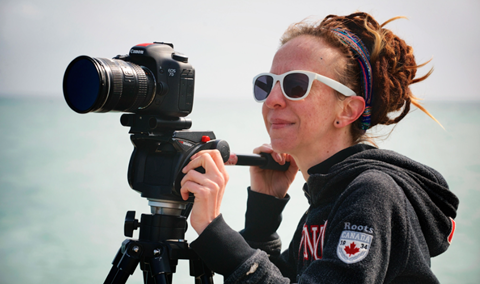 Veninger and her producers will begin casting on June 10 on what is described as “a story of bravery and the secret life of girls set in Northern Ontario during a hot and hazy summertime when adulthood has not yet arrived, but childhood is quickly vanishing.”

Production is set for August and Films We Like plans to release the film theatrically across Canada in the latter stages of 2017.

Melissa Leo supported Porcupine Lake in Veninger’s pUNK Films Femmes Lab launched at the Whistler Film Festival in 2014 and according to a press release issued on behalf of Films We Like said after reading the first draft: “This is a story that every women carries inside her.”

The second draft was developed at the inaugural Screenwriters Lab at Hedgebrook, where Veninger was mentored by Jenny Bicks (The Big C) and Emmy-winner Jane Anderson (Olive Kitteridge).

Veninger also produces for her pUNK Films Inc and the project is being made with the participation of Telefilm Canada. Randi Kirshenbaum serves as executive producer.

“I am very happy to be working with Ron Mann and his team,” said Veninger. “Films We Like is the perfect fit for this project. They like bold, original, unconventional cinema, which is exactly what I want to make.”