IFC Films to distribute 'Queen Of The Desert'

The distributor has acquired US rights to Werner Herzog’s drama starring Nicole Kidman and James Franco and will release in spring 2017. 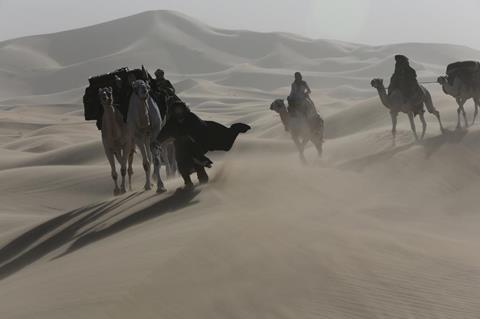 Robert Pattinson and Damian Lewis also star in the Berlin 2015 world premiere about British explorer, cartographer and archaeologist Gertrude Bell on an epic odyssey to chart the borders of the modern Middle East.

“The entire team at IFC Films is thrilled to be working once more with Werner Herzog who is undoubtedly a modern master of cinema,” said IFC, which brokered the deal with Elwes, Lawrence Kopeikin and CAA on behalf of the filmmakers.

“Having previously worked with him on his award-winning Cave Of Forgotten Dreams, Werner continues to bring innovation, elegance and poignancy to each of his films and his latest work is no exception.”