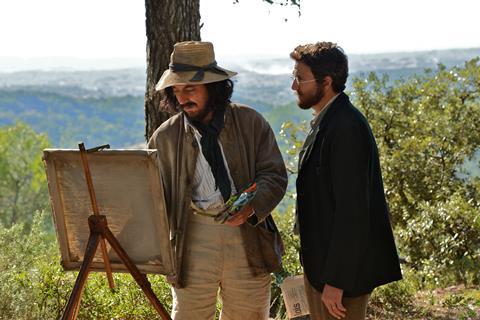 The film chronicles the decade-long friendship between the friends and traces the parallel paths of their lives and careers from Aix-en-Provence to Paris.

Magnolia Pictures president Eamonn Bowles said: “Audiences will relish the opportunity to experience the relationship between these two legendary artists in Danièle’s compelling and moving film.”

”Cézanne Et Moi is one of this year’s most ambitious French films,” said Muriel Sauzay, executive vice-president of international sales at Pathé International.

“It provides an epic tale of two giants of arts and culture, a strong cast, and a director like Danièle Thompson with the sensibility to bring out the emotional resonance of such a deep and complex friendship. It’s a movie that will appeal both to Cézanne and Zola’s most ardent admirers but also much wider movie going audiences in search of a great story.”