Oscilloscope Laboratories has picked up US rights from MK2 Films to Dominique Abel and Fiona Gordon’s fourth feature. 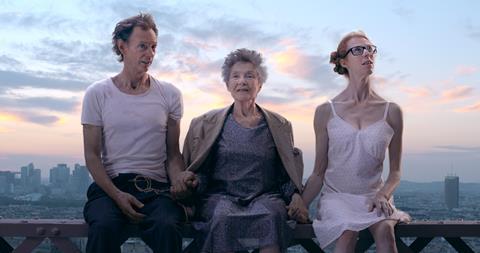 Lost In Paris will open theatrically in 2017 and stars the filmmakers as a small-town Canadian librarian and a seductive vagabond who find love when the former rushes to Paris to attend to her ailing aunt. Emmanuelle Riva also stars.

Abel and Gordon’s credits include L’iceberg, Rumba and The Fairy.

“Lost In Paris has been found by Oscilloscope,” said the film-makers. “We are thrilled to see our new film in such caring hands and proud to be part of Oscilloscope’s beautiful collection of films. We are looking forward to working with the O-Scope team and meeting our American audience!”

“We live in an unpredictable and often sad world,” said O-Scope’s Dan Berger. “In addition to its copious other merits and beautiful execution, Lost In Paris is foremost such a joyful and heartening film to watch.

“It’s filled with love and levity and its story is shouldered by severely under-represented people who deserve a voice at a time when demagogues strive to take that away.”