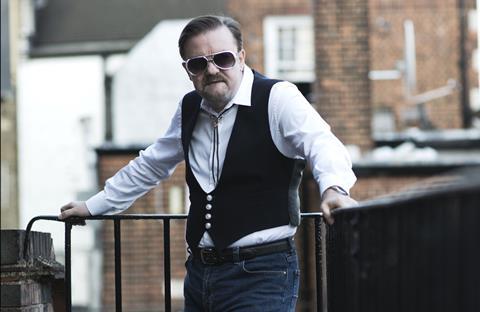 Gervais wrote and will direct Life On The Road, which catches up with the notorious former middle manager as he pursues his dream of rock stardom and finances a UK tour while working as a travelling salesman.

“David Brent getting a big US theatrical release? He can die happy now. (Spoiler alert – he does not die in this movie),” said Gervais.

eOne has confirmed that Life On The Road will open in the UK on August 19 2016, with Open Road planning a wide US theatrical release shortly thereafter.