Raven Banner picks up 'Deathgasm', 'I Am Thor'

The Toronto-based distributor and sales agent has picked up Canadian rights to the films by Jason Lei Howden and Ryan Wise. 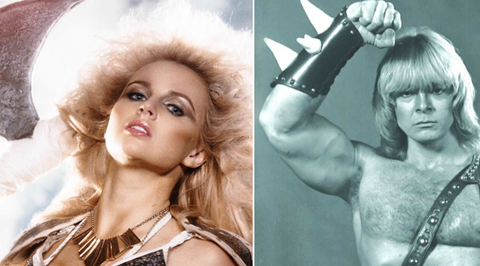 Deathgasm (pictured at left) centres on two high school misfits and heavy metal fans who perform an ancient piece of music and inadvertently open the gates of hell. The film recently closed the Toronto After Dark Film Festival.

I Am Thor (pictured at right) chronicles the life of bodybuilder-turned-heavy metal superstar Jon Mikl Thor.

Both films will be released theatrically across Canada. Michael Paszt and James Fler brokered both deals for Raven Banner with MPI vp of sales Nicole Goelzhaeuser.