EXCLUSIVE: Private demonstrations of the exhibition format to take place over summer. 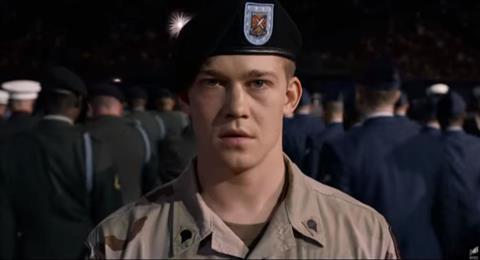 The filmmaker, inventor and former vice chair of IMAX, has built a prototype screening room at his studio in Massachusetts and is inviting creatives, studios and exhibitors including Sony and Ang Lee to private demonstrations of the high-tech experimental format over the summer.

“We’ve spent a year building a prototype theatre and I am just at the stage to start individual screenings,” he said. “Sony and Ang Lee are invited as are a lot of important media companies to witness the only option for the future of cinema other than a million dollar projection system.”

According to the three-time Oscar winner, Sony will review the Magi Pod concept for the release of Ang Lee’s Billy Lynn’s Long Halftime Walk in November. However he feels the time frame may be too tight for Billy Lynn and may be best served by later high frame rate titles.

Trumbull presented the system to Lee prior to shooting Billy Lynn, an act which Trumbull says convinced the director to make he project in the high end specification, which will pose a projection challenge if it is to screen as the director intends it to be seen.

“One of the outcomes was that he basically told the studio that if he couldn’t shoot it this way then he wouldn’t make it at all which was a bold and brave thing to have done.

“Sony felt they had a safety net to go ahead and shoot [Billy Lynn] this way provided they had options to release the movie at any frame-rate from 120 to 60 or 48 down to 24fps.”

Trumbull’s business model anticipates a mass global rollout for the pre-built modules and the industry veteran says he needs a major cinema chain like AMC or studio like Sony to back it.

“We’re aiming to start a whole new company to develop and market it. This could be aligned with any large media company.”

Trumbull says that the Magi Pod is not only capable of playing back content in 4K, 3D and 120 frames a second - which is the ultimate technical specification for Lee’s picture - but will do so at a fraction of the cost of conventional and premium large format (PLF) theatres.

“Our prototype is unlike any movie theatre ever seen,” Trumbull says. “It is not a rectangular box and it doesn’t have a flat screen. It’s more like a holodeck, or ovoid, which envelopes the audience. This gives a giant screen experience in a relatively small space and on a modest budget.”

It is claimed that each Magi Pod would cost a sixth of the cost per seat of an “equivalent PLF experience” and less than half the build cost of a conventional theatre.

Savings are based on a pre-fabricated construction in which each ‘Pod’ would be shipped in its entirety to a site where it would replace an existing small to mid-size multiplex screen. Installation would take a week, rather than many years or months, Trumbull claims.

“There will be significant install and real estate savings since there is no need to hire an architect, or building contractor or go through local planning codes,” he explains.

“While giant screens have about 50ft of space above each person, which is not an optimal use of volumetric space, our system maximises a 20ft ceiling high capacity and a 100 degree wide field of view over just 1200 sq ft.”

In addition, the system would use Trumbull’s patented technique to deploy a single projector to show a 3D 4K 120fps picture rather than the dual projectors which have been the only way to show this high end specification to date.

The DCI standard would, though, have to be revised in order to show 4K 3D 120fps content.

“We are confident that there is no technical impediment to being able to do it,” said Trumbull. “It just requires more bandwidth, more storage media and more Terabytes of data.”

“We need to redesign the movie theatre”

“In order to create an experience for consumers which is vastly different from the convenience of downloads or streaming to computers or TV, we need to redesign what the movie theatre could be,” he argues.

“Initiatives like Dolby Cinema (which combines laser projection with immersive audio) are a great direction to go but [installation] is hugely expensive. Magi Pods are a paradigm shift in movie experience and business.”

Trumbull pioneered the 70mm 60fps exhibition format Showscan in the 1980s and has been developing the MAGI filmmaking process for a decade.

“Solving the bottleneck in getting immersive cinema experiences to a wider audience was a completely unexpected result of what we’d been doing,” he adds.