EXCLUSIVE: The distributor has acquired North American rights to a pair of culinary documentaries – Ants On A Shrimp and Kampai! For The Love Of Sake. 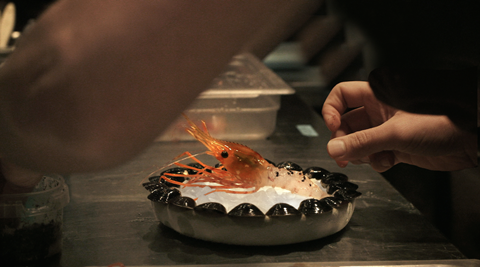 Maurice Dekkers’ Ants On A Shrimp follows chef René Redzepi as he transplants his  renowned restaurant Noma from Copenhagen to the Mandarin Oriental Tokyo for five weeks.

Ants On A Shrimp will screen at the 2016 Hot Docs Film Festival in Special Presentations.

Mirai Konishi’s Kampai! For The Love Of Sake explores the Japanese spirit through the eyes of a British sake brewer in Japan, an American journalist and author of multiple sake guidebooks, and the reforming young president of an old Japanese sake brewery.

Konishi and Chiaki Yanagimoto produced the film, which premiered at the 2015 San Sebastián Film Festival.

Both films will receive a multi-city theatrical release later this year including New York City.

Sundance Selects/IFC Films president Jonathan Sehring, President said: “We are thrilled to be working with Fortissimo Films once more to release two captivating films from the culinary world.

“Both Maurice Dekkers’ Ants On A Shrimp and Mirai Konishi’s Kampai! For The Love Of Sake beautifully showcase the diversity and complexity of global food culture, and we look forward to bringing both these films to North American audiences.”

Fortissimo Films added: “We are thrilled to be working with our friends at Sundance Selects once again. Their passion and great marketing acumen will showcase these two culinary film treats to the North American audiences hungry for fascinating food related films from around the world.”

Arianna Bocco brokered the deal for Sundance Selects with Werner.