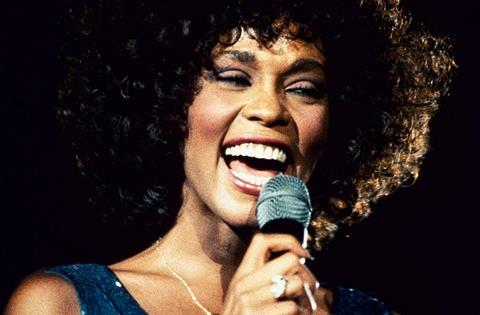 Marley director Kevin Macdonald is to take on another transcendent musical icon in the shape of US singer Whitney Houston.

The documentary is the first to be officially authorised by Houston’s estate since her death in 2012 and will be produced by Oscar-winning producer Simon Chinn (Man On Wire) and his Lightbox Media partner Jonathan Chinn (Fantastic Lies) with former executive producer of Oprah Lisa Erspamer.

According to the production, Macdonald has been given the estate’s blessing to tell the unvarnished story of the singer’s life in a film that is due to examine both the highs and lows of her dramatic career and personal life.

Macdonald will also interview Clive Davis, founder and president of Arista Records and currently chief creative officer of Sony Music Entertainment, who is played a key role in bringing Houston to prominence.

With more than 200 million album sales worldwide, and remaining the only artist to chart seven consecutive US No. 1’s, Houston inspired a generation of singers. However she also battled addiction and at times endured a turbulent relationship with husband Bobby Brown.

Filmmaker Macdonald said: “The story that is never told about Whitney is just how brilliant she was as an artist; by many measures she had the greatest voice of the last 50 years. She changed the way pop music was sung - bringing it back full circle to its blues and gospel roots. She was also completely unique in being a black pop star who sold in countries where black artists don’t traditionally sell.

“We have access to never-before-seen footage of Whitney that charts her whole life from her beginnings singing in her Church’s gospel choir, to the day of her tragic death at the age of 48 and three decades of her music including exclusive demo recordings, rare performances and audio archive.

“Although we won’t shy away from the darker parts of Whitney’s life - her descent into addiction - I want audiences to walk out of the cinema and feel positive about Whitney and her music.  I want to reveal a woman that even her most die-hard fans never knew; and a woman those new to her life and music will never forget.”