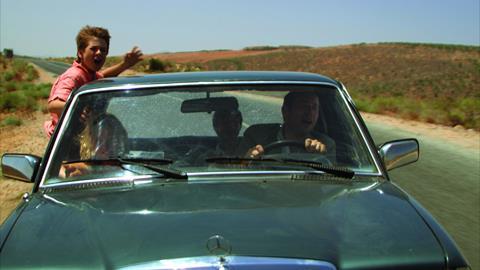 Winner of the best picture and actor awards at Karlovy Vary, this disturbing debut tracks the relationship between a manic-depressive father (Olivier Gourmet) and his 12-year-old younger son Louis (Martin Nissen). By opting to take a dispassionate, almost clinical, approach, writer-director Frederic Dumont risks alienating viewers with the film’s insistent cruelty to a child.

And although Gourmet’s depiction of a profoundly disturbed passive-aggressive parent is accurate, is too technical to rouse any empathy which might help overcome this. Once the Karlovy Vary noise has died down, Angel At Sea is looking at further festival exposure followed by a late-night TV career at best.

Gourmet, playing a EU lawyer based in Morocco, is in a high state of agitation as he returns home to the seaside villa where he lives with his wife and two sons from a frustrating business trip to Europe.

He shuts himself in his darkened study and only communicates with his family in whispered exchanges, refusing even to eat with them. One night, however, he calls in his normal, happy son Louis to share a secret with him: tonight he will commit suicide.

Although the threatened event does not transpire, Louis’ peace of mind has been destroyed irrevocably as he tries to cope with this impossible secret. He stays as close to his father as he possibly can, never leaving him alone. He hides in the boot of the car when his father drives to the nearby town, listening as Gourmet goes into paroxysms of fury for vague, unspecified reasons. He desperately tries to distract his parent, while the rest of the family is gradually driven away by an evidently sick man who will not accept any treatment.

In order to prepare the audience for what is, after a certain point, an inevitable ending, Dumont slips in suggestively impressionistic images and glimpses into a possible future, but ultimately, these can’t detract from the abusive father-son relationship at the film’s core, surrounded as it is by neglect.

Gourmet is too engrossed in his character’s quirks to give the father any kind of human sympathy, although the performance is technically commendable. Martin Nissen does a more than creditable job as the innocent boy carrying a secret he cannot handle, while Anne Consigny is under-used as the mother who never grasps the full extent of the tragedy taking place before her eyes. Technical credits are fine, with Virginie Saint-Martin’s camera underlining the contrasts between light and shadows under the scorching Moroccan sun.