Creative Skillset: Invest in the future

The urgent need to invest in and develop talent sits at the forefront of Creative Skillset’s ambitions for the future growth of the film and TV sectors. 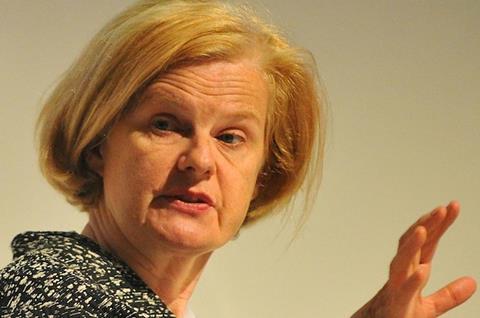 Creative Week, the annual event run by Screen International publisher MBI, zeroed in on one of the biggest issues facing the future of film and television - the urgent need to invest in and nurture talent.

In a session on funding, Creative Skillset CEO Dinah Caine stressed the key role that training and skills play in developing the growth of the sector. “We talk about it as ‘from playground through to pension’ - from schools and higher education to getting on in the workforce,” she said.

“How is that supported and how are companies supported to enable a clear path? The creative industries need a paradigm shift to deal with it,” Caine continued. “We have invested £20m [$31m] of government and industry finance in a number of schemes within the tax-break areas. But more is needed to keep pace with the growth of the creative industries.”

She added: “We will keep focusing on priority skills and in-demand roles that the industry has identified,” whether new roles, helping an employee to be promoted within the company or sending people on management leadership courses.

“We must work harder at how we’re delivering the talent coming through [training] courses and making it more obvious to employers.”

Caine also stressed the need to broaden the diversity of routes into the industries including apprenticeships - currently an untapped resource and increased connectivity and opportunity afforded by Creative Skillset’s new creative portal Hiive, which has amassed 23,000 users since its launch in March.

“Hiive is there to connect companies and individuals, and trainers and educators,” she said. “That is where you should be making your opportunities available - and where individuals can stream their own work from YouTube. If everybody starts to put all the information in one place, it’s going to be much easier to connect with each other.”

The panel also identified what Caine termed a “mismatch” between what the industry perceives in terms of opportunities available and the volume of people on media courses, which she said continued to be unfairly thought of as second tier.

“We’ve done a lot of work now in bringing industry and higher education together through ‘Tick’, our industry accreditation of 200-plus creative courses,” she said.

“Our workforce survey showed that 51% of people in creative media now have a degree that relates to some sort of media. That has accelerated by 20%-30% in the last period, which is beginning to show those partnerships are working more effectively.

“What we need to do now is work harder at how we’re delivering the talent coming through those courses and making it more obvious to employers. Our Trainee Finder service provides the bridge between people coming off ticked courses and potential employers.”

The debate touched on the points that had been made in Creative Skillset’s workforce survey about barriers to training, the need to support freelancers - who make up such a large proportion of the film workforce and the commitment to paid internships.

“The findings add to the oeuvre of unedifying reading about class diversity in our industries,” Caine said. “It found that on top of work experience candidates, 48% of the workforce have done actual unpaid work a full-on job - at some point in their career. Increasingly, it’s only those who can afford to work in these industries who are doing it, which has to impact on the stories that are told and our ability to reach out to the brightest and best. We collectively have to look at this situation or it will impact on our creative excellence and our productivity.”

This baton was taken up by UKTV CEO Darren Childs in his speech, in which he spoke about the importance of fostering a nurturing, supportive working culture to stave off a brain drain from TV to other media sectors, such as tech start-ups. Childs made a welcome commitment that UKTV would not accept budgets from indies in which runners were not paid the minimum wage.

Finally, some positive news from the event: the number of jobs in the creative industries is growing more than six times faster than in the rest of the economy. That’s worth celebrating.