EFM 2020: the buzz titles from France

As the 2020 European Film Market (EFM) kicks off, Screen highlights some of the buzziest projects being offered by international sales companies. 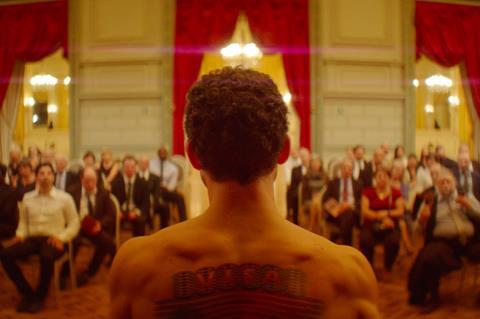 Memento Films International unveils feature Huda’s Salon by Hany Abu-Assad. It is also selling Berlinale opener My Salinger Year and Special Gala title Persian Lessons. In the market, the company premieres Martin Provost’s women’s lib tale How To Be A Good Wife and Claus Drexel’s Under The Stars Of Paris, starring Catherine Frot as a homeless woman who rescues a lost immigrant boy.

SND unveils first images for Eric Besnard’s costume drama Délicieux starring Grégory Gadebois as a talented chef who sets up France’s very first restaurant after he is dismissed by an aristocratic employer on the eve of the French Revolution. The company will also market screen De Gaulle, starring Lambert Wilson as the legendary statesman.

Alpha Violet brings to EFM Mexican filmmaker Fernanda Valadez’s Sundance prize-winner Identifying Features, about a Mexican mother searching for her son missing on the US border.

Titles for France TV Distribution include Audrey Dana’s Men On The Verge Of Nervous Breakdown, about a group of men who head to a boot camp to get over personal crises, and Jean-Pierre Améris’ My Father’s Stories starring Benoit Poelvoorde as a father whose tall tales of past glory have dangerous consequences for his son. 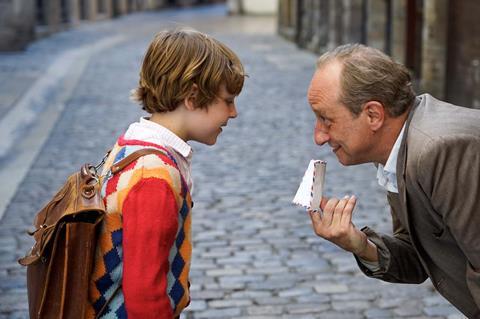 Indie Sales handles Brazilian directors Caetano Gotardo and Marco Dutra’s Golden Bear contender All The Dead Ones as well as Teboho Edkins’ Panorama Dokumente title Days Of Cannibalism, exploring the impact of China on the African country of Lesotho.

The Party Film Sales (the new name of merged Jour2Fête and Doc & Film International) handles Panorama title A l’Abordage and shows first promos for Lucas Belvaux’s drama Home Front, starring Gérard Depardieu as a man tortured by his experiences in the Algerian War, and Slalom, about a young skiing champion abused by her coach.

MPM Premium is selling two titles by Brazilian directors: Karim Aïnouz’s Algerian revolution documentary Nardjes A., screening in Panorama Dokumente, and Matias Mariani’s Shine Your Eyes, about a Nigerian man looking for his lost brother in Brazil which screens in Panorama. It is also launching Haider Rashid’s Europa about an Iraqi man who falls prey to a group of vigilante immigrant hunters on Turkey’s border.

Cercamon handles Sandra Wollner’s sci-fi drama The Trouble With Being Born — which debuts in Encounters — Panorama title A Common Crime and Forum selection Anne At 13,000 Ft.

Pulsar Content unveils a new trailer for Spanish director Kike Maillo’s psychological thriller A Perfect Enemy starring Tomasz Kot as an architect whose journey home takes a sinister turn when he is approached by a woman at a Paris airport.

Studiocanal launches shark attack thriller Something In The Water and is also pushing Cédric Jimenez’s Marseille-set thriller The Stronghold (aka Bac Nord), starring Gilles Lellouche and Adele Exarchopoulos, which is in post.

Wide Management sells Eliza Pet­kova’s drama A Fish Swimming Upside Down, about a grieving father and son who seek emotional comfort in an unpredictable woman, which premieres in Perspektive Deutsches Kino.

WTFilms launches psychological drama The Lodger. Alice Isaaz and Jacqueline Bisset star in the tale of a student who takes a room in the house of a woman who lives her life as if her late husband were still alive. Its slate also features Generation 14plus title Jumbo, which world premiered in Sundance.

Le Pacte is showing first images for Arthur Harari’s Onoda — 10,000 Nights In The Jungle, about a Japanese soldier who does not acknowledge the end of the Second World War, and nuclear thriller Atomic Summer by Gaël Lépingle. It also market premieres drama Mama Weed starring Isabelle Huppert as an anti-narcotics unit translator-turned-drug dealer. 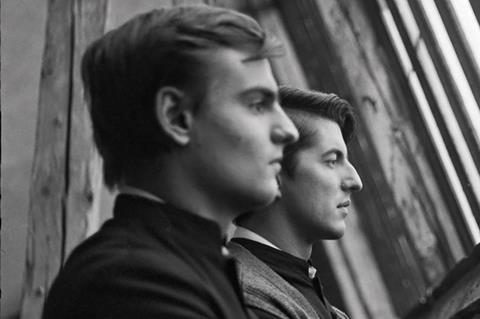 Loco Films is to sell Slovakian director Ivan Ostrochovsky’s Communist-era drama Servants, which debuts in Encounters. It is also launching Kosovan coming-of-age tale The Hill Where Lionesses Roar and Lapland ecology drama The Last Ones by Veiko Ounpuu.

Hot upcoming titles on the Kino­logy slate include Ahed’s Knee, the latest film of Israeli director Nadav Lapid who won the Golden Bear for Synonyms in 2019, as well as Leos Carax’s Annette and Mia Hansen-Love’s Bergman Island.

The Bureau Sales unveils a first promo for feature documentary The Velvet Queen, following nature photographer Vincent Munier and writer Sylvain Tesson as they go in search of the elusive snow leopard, and continue sales on Supernova, starring Colin Firth and Stanley Tucci as a couple who set off on a road trip across the UK after one of them is diagnosed with early-onset dementia.