On the back of London’s selection by TIFF as this year’s City To City Focus, Film London held an exciting programme of events at London House to showcase the booming UK film industry. 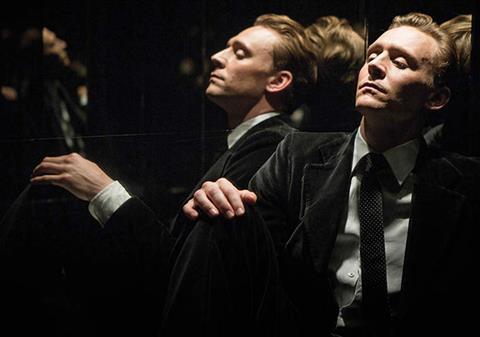 Celebrating its 40th year, Toronto International Film Festival (Sept 10-20) selected the UK capital for its City To City Focus. In return Film London and the British Film Commission lined up an exciting series of panel discussions, events and Q&As celebrating the programme and key UK films screening at TIFF.

London House at TIFF from Film London on Vimeo.

The City To City Focus was made up of eight UK films directed by the likes of Rufus Norris, Elaine Constantine and Michael Caton-Jones. The London House panel programme, meanwhile, kicked off with a session in partnership with Screen International - ‘Selling British Films Internationally’ - and also included sessions on ‘The UK’s Most Exciting Emerging Talent’, ‘Filming In The UK’ and In Conversation sessions with Stephen Frears and producer Jeremy Thomas.

It added up to a perfect opportunity for promoting all the UK has to offer, at a time Adrian Wootton, CEO of Film London and the British Film Commission, describes as “unprecedented” in terms of the success of the UK creative industries.

“We welcomed the announcement about the approval by the European Commission of the increase in film tax relief,” says Wootton. “It’s a very healthy situation, and we’ve got a compelling offer. The UK is one of the most attractive places to make film and television in the world.”

Oscar-winning producer Thomas echoes Wootton’s sentiments. “I’ve worked around the magnificent studio facilities and post-production houses for decades,” says Thomas, whose latest project High-Rise will have its world premiere here in Toronto. “There is the remarkable level of directors, writers, actors and technicians, and the good financial climate for rebate and film funds around the UK. The combination of the skills and atmosphere is conducive to good film-making.”

The approval of enhanced tax relief by the EU means film tax relief (FTR) will increase to 25% regardless of budget. The initiative will be backdated to apply from April 2015.

Tim Bevan, producer and co-chairman of Working Title, whose credits include Legend, The Danish Girl and The Program, all of which see either gala or special presentation screenings in Toronto, believes that having had a consistent tax relief for several years means international producers and studios can feel secure about bringing their projects to the UK, while allowing a depth of talent to build up across all departments.

“For a young person going into the craft side of the movie industry, they’re going to have permanent work if they wish to have it,” says Bevan.

London House - Day One: How well do UK films sell abroad? from Film London on Vimeo.

Roy Boulter, producer of Terence Davies’ Sunset Song, which has its world premiere here, also emphasises the rich potential for projects filming in the UK. “The breadth and quality of locations in Aberdeenshire [for Sunset Song] was impressive, not just the beauty of the landscapes but the diversity,” he says.

Christopher Simon, producer of Miss You Already, Catherine Hardwicke’s comedy drama starring Drew Barrymore and Toni Collette, which also premiered in Toronto, believes filming in the UK was key to securing the right creative talent for the project. “Shooting in the UK was one of the things that helped me lure Catherine Hardwicke to come on board. Catherine found such unique locations in London and Yorkshire.

“London is such a glorious city to shoot in, no matter what the budget of the film,” Simon adds. “This, combined with the highest calibre of actors, crew and facilities and the most generous and efficient tax credit in the world - what’s not to love?”

Cause and effects: VFX in the UK

The UK continues to be a leader in visual effects, nurturing some of the world’s finest VFX talent.

The UK’s VFX and post-production sector is firmly established as the leading global destination for feature films. The number of Bafta and Oscar winners in recent years are testament to the industry’s quality and endurance. Interstellar, Gravity and Life Of Pi all had major UK VFX involvement.

Now, with enhanced tax relief seemingly guaranteeing the prosperity of the industry for the foreseeable future, and new players such as Industrial Light & Magic setting up shop in London, the UK’s major companies look set to go from strength to strength.

“The VFX industry is one of the jewels in our crown,” says Adrian Wootton, CEO of Film London and the British Film Commission (BFC). Earlier this year, the BFC published its UK VFX & Post Directory 2015, showcasing the very best of the country’s post-production services.

Wootton believes the enhanced tax relief mean those services are opening up to films shot all over the world, not just in the UK. “Dropping the minimum expenditure floor means we’re seeing more and more films that are shot in other parts of the world bringing their VFX packages to the UK, such as Ridley Scott’s The Martian,” he says.

William Sargent, co-founder and CEO of Framestore, whose company was responsible for portraying the space environment in The Martian, agrees the UK is in a very healthy position. “We’re at the forefront of the industry,” he says. “There’s a natural inclination to do a significant portion of work in the UK these days.”

On The Martian, Framestore was joined by fellow industry-leading VFX studio MPC, which acted as the lead studio on the film. Multiple UK VFX companies working on the same film is standard practice, with rivalries put aside to focus on producing the highest quality work. “We’re very competitive to win the project,” says Sargent, “but once we’re on it we pull together to make sure it goes seamlessly. The VFX companies in London work together very well. That’s one of the features of the London industry.”

Christian Roberton, global MD of film at MPC, agrees the collaboration is an attractive proposition. “The ability to collaborate with other companies adds to the appeal of the UK market for film-makers. We recently worked with Framestore on Guardians Of The Galaxy and with Double Negative on Terminator Genisys, as well as being lead studio on The Martian.”

Companies such as Framestore and MPC now have offices all over the world, but Sargent believes London remains “the centre of excellence” for VFX production.

For Sargent, the future promises sustained success, particularly after the announcement in August that the UK’s new higher rate of film tax relief has been given a green light by the EU. “The tax credit enhancements over the last year are very important to the long-term planning to the VFX community. We’re going to spend £6m [$9.2m] this year on equipment and software,” he says. “You can’t do that if you can’t look out over five years and feel there’s a solid base of business you can plan for. It’s the same with skills development.”

And there is more to the UK’s VFX scene than the major houses, says Wootton. “We’ve got boutique houses that offer tailored solutions across the whole range of post-production and visual-effects services that all sizes of films and television programmes require.”

Showcase: City to city titles and a new generation of UK talent

As part of the London House programme, five UK directors, actors and producers - some connected to City To City, others, such as Michael Lennox, world-premiering their film here - took part in a panel discussion today entitled ‘The UK’s Most Exciting Emerging Talent’.

Film London’s Deborah Sathe, who moderated the panel, says: “The wealth of UK films and film-makers represented in this year’s programme, and the festival’s own London focus, is very much reflected in this panel.”

Actress-screenwriter Blythe made her writing debut with BBC TV mini-series The Riots: In Their Own Words - The Rioters before penning A Man In A Box, which featured as part of Channel 4’s Coming Up series. London Road is her debut feature script.

Wright, a former Screen Star of Tomorrow, has a featured role in Michael Caton-Jones’ Urban Hymn, having previously starred in Victim (2011) and My Brother The Devil (2012).

After his short film Boogaloo And Graham was Oscar-nominated for best live-action short, Lennox directs his first feature A Patch Of Fog.

Caton-Jones returns with Urban Hymn, a drama about two friends set against the backdrop of the 2011 UK riots.