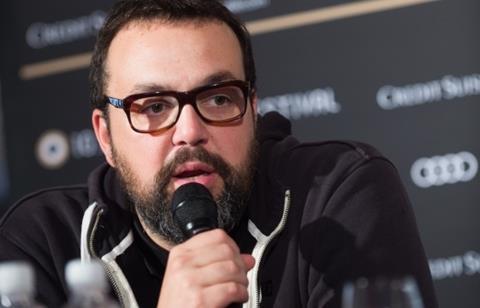 Set in a post-apocalyptic future, Banderas plays an insurance agent who routinely investigates the case of manipulating a robot and discovers more than he bargained for. Ibáñez previously directed 2009 mystery Hierro.

This is your first move into sci-fi. How did it come about?

My grandfather loved science fiction so I grew up around Isaac Asimov books. The first idea I had for this movie was five years ago when I read about a 3D printer that was able to create almost all the pieces to create another 3D printer. That’s the idea behind Automata – a machine that’s able to produce itself. And we’ll soon be able to create a machine that is more intelligent than humans. The idea that machines will be able to think in a way that we cannot understand is a very powerful idea.

How did Antonio Banderas get involved?

My first movie was Hierro, starring Elena Anaya. She was shooting with Antonio on The Skin I Live In and gave him the script and he was very interested in the movie. The producer, Millennium Films, wanted to work with Antonio on The Expendables 3 so they agreed to make this strange science fiction film to build a relationship with him.

Antonio has made more than 80 movies and directed two so he has great experience. I’ve just made one feature and one short. But Antonio is an artist so he understands what a director and creator is. He is very respectful of other people’s work so he made it easy.

What was your inspiration for the look of the film?

We are working in the universe of Asimov and one of the rules is that it’s very realistic. So we tried to create a world that you can see in the newspapers now. We didn’t create the robots using CGI. The robots are real on the set with puppeteers. This type of old-fashioned technology allows you to do the movie in a very classic way.