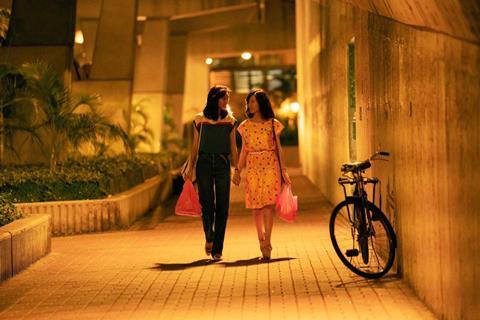 How do you make a biopic about one of your home town’s biggest cultural icons? A Canto-pop diva who encapsulated the golden age of Hong Kong’s entertainment industry, but died tragically young, and not only portray her, but also a much beloved fellow performer who also died far too early? That was the formidable task that Hong Kong producer Bill Kong set Longman Leung when he asked him to direct a film about his friend Anita Mui.

After rising to fame in the 1980s and 1990s with a string of best-selling albums and sold-out concerts, Mui died of cervical cancer at the age of 40 in December 2003, just nine months after her close friend, singer-actor Leslie Cheung, died by suicide, jumping from the Mandarin Oriental hotel. It was also a year in which the SARS virus had crippled Hong Kong. In addition to her singing career, Mui was an award-winning actress with credits including Stanley Kwan’s Rouge, in which she starred with Cheung, and also an activist deeply engaged in social issues.

It had been a long-held ambition of Kong’s to make a film about Mui, but Leung says he hesitated when invited to direct it. “I wasn’t sure I’d be able to pull it off, but at the same time knew I’d really regret it if somebody else made the film, so I asked Bill to give me three months to do some research and come up with a treatment,” says Leung. “He was happy with the initial synopsis but then I asked for more time to interview Anita’s friends, disciples and collaborators.”

Leung is best known as an action director – he co-directed hit action thriller Cold War and its sequel Cold War 2 with Sunny Luk for Kong’s Edko Films, and the pair also directed pan-Asian action drama Helios for Media Asia. But Leung says action movies were really just his calling card, and it got back to Kong that he was more interested in drama. After speaking to many of Mui’s colleagues, he worked on the script for Anita with his Cold War 2 writer Jack Ng. From Kong’s first call in December 2015, it took nearly three years before the project was ready to enter production.

One of the film’s biggest challenges was finding an actress to portray Mui, and as there were no obvious contenders, Leung suggested holding an open casting, a process that ended up taking around one year. They found model Louise Wong, who resembled Mui around the eyes and nose, but then put her through her paces with acting, singing and dancing lessons before finally deciding to cast her. “Louise was successful in some aspects but less so in others, so I told Bill we’d have to put in considerable resources, for example with singing lessons,” Leung says. “She left behind her modelling career for nine months to study for the role.”

Mui was famous for her deep voice, and while Wong also has a naturally low register, it was unlikely she would be able to imitate the star’s exact style of singing. Leung and the film’s sound team followed the same strategy as Freddie Mercury biopic Bohemian Rhapsody, which combined three vocal tracks – actor Rami Malek, recordings of Mercury and a session singer – to achieve a convincing rendition of Mercury’s voice. Likewise, Wong’s voice was mixed with recordings of Mui and a third singer. 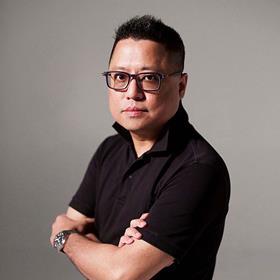 Leung says he also studied Netflix/Left Bank Pictures’ series The Crown for inspiration on how to portray a much beloved public figure: “We grew up in British-ruled Hong Kong, so were familiar with the Queen growing up and watching that series evoked a lot of memories,” Leung says. “For me, Claire Foy didn’t resemble the young Queen, but she completely captured the spirit of this character who was trying to uphold tradition and the monarchy. We needed to do the same thing.”

Casting Cheung was even more difficult and the team finally went with Terrance Lau, who doesn’t resemble the late star, but as an up-and-coming actor, doesn’t carry too much baggage. He’s also popular with the youth audience due to his TV work and won acclaim last year for his performance in psychological drama Beyond The Dream. “Again, The Crown showed me that you really don’t have to find someone who’s a doppelganger of the real person to play the character – they just need to capture a part of their personality and then amplify it,” Leung says. Other cast in the film includes Louis Koo as Mui’s stylist and mentor Eddie Lau; Fish Liew as her older sister, who died of the same disease a few years before her; and Lam Ka Tung as Mr. So, the general manager of her record label Capital Artists.

Another challenge was recreating the 1980s and 1990s in Hong Kong, a city that is in a constant process of transformation and has not paid much attention to conserving its heritage. Leung wanted to show locations that were key to Mui’s life – the Lai Chi Kok Amusement Park, where she sang to support her family as a little girl; the Lee Theatre, where she performed as an adult; the junction between Nathan Road and Jordan Road, and the Tsim Sha Tsui East harbourfront, her stomping grounds when she was growing up.

As all these places are either long gone or have been gentrified beyond recognition, Leung built outdoor sets on the site of Hong Kong’s former Kai Tak Airport and filmed against green screens. CGI and colour grading were used to recreate the neon-soaked streets of 1980s Kowloon, which due to cost and concerns about power wastage, are these days much less colourful. Fortunately, there was much more documented evidence of Mui’s fabulous and frequently over-the-top costumes, so costume designer Dora Ng had more to work with. Some of Eddie Lau’s creations for the singer are currently being exhibited in Hong Kong.

The film finally entered production in 2018 and filmed for 80 days, a long shoot by Hong Kong standards, followed by another 10 days in 2019, after showing early footage to industry friends. Leung describes those early previews as extremely nerve-wracking, as so many people from that era are still around and have a lot of opinions. When the world ground to a halt last year, the film was going through a lengthy post-production process.

Following the film’s world premiere as the closing film of Busan International Film Festival, it will open in Hong Kong, China and Taiwan on November 12, followed by Southeast Asian territories later in the month. Sony has acquired the film for Malaysia, Singapore, Taiwan, Thailand and Vietnam.

While Mui was a cultural icon wherever Canto-pop was once popular, which in the 1990s was most places in Asia, Leung is hoping the film will also speak to audiences in the West, even if they’re not familiar with the star’s work: “I didn’t know much about Edith Piaf or Judy Garland when I went to see La Vie En Rose and Judy, but still enjoyed learning about their stories. When I went to see Bohemian Rhapsody, there were some kids in the cinema who were shocked to discover that Freddie Mercury wasn’t a fictional character. I guess we can all regard biopics as an exploration.”