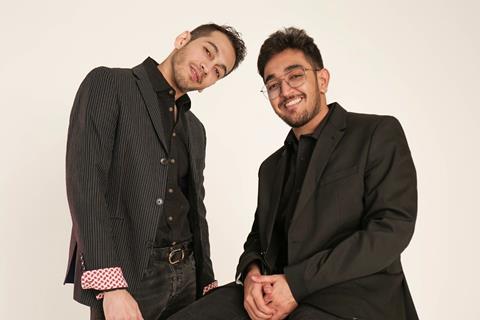 Junoon (literally ‘madness’) is one of the Saudi features being showcased in the inaugural edition of the Red Sea International Film Festival this week, It is the directorial debut of brothers Maan and Yaser Binabdulrahman - known as Maan and Yaser B - and is premiering in the New Saudi/ New Cinema showcase.

A genre feature about an aspiring Saudi vlogger and his crew on a road trip to the US in search of clickable content, Junoon explores the frisson between audio-visual technology and the occult and makes the media integral to the story and visual concept of the work.

Junoon also has a strong cosmopolitan aspect, both because of its international cast and crew and its California locations, which makes for some comic moments – fish-out-of-water and otherwise.

Maan B thought up the concept with his Brazilian co-producer Noan Ribeiro, both of whom also act in the film, the producer-director playing the male lead.

The B brothers talk to Screen about movie-making with a little help from friends and family.

Is the film inspired by your personal experiences?
Maan B: Me and Yaser lived in the States for nine years. I stayed at Hollywood and Vine in this complex that had a lot of social media influencers. I witnessed their daily struggles to have content. Some of the things they did, just to get a video out for the fans, were embarrassing or dangerous. An idea formed of making a film that touches on that. 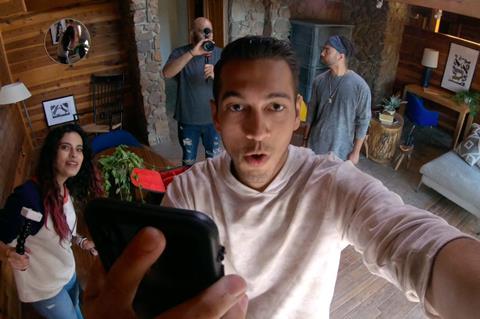 How did it go from idea to your first day on set?
Maan B: I went to film school in LA [New York Film Academy] and I graduated with a lot of friends. We all came in together [to make this film]. I graduated with my Brazilian production partner, Noan, and I had Yaser, my co-director with me and my other brother, who wasn’t in the States but helped us a lot throughout post-production.

We had no budget when we started the treatment. Then we asked someone [else to get involved] and he tripled that number. That’s mainly why we cast ourselves in the film in the beginning, and we just stood by it [laughs]. For me and Noan it was so difficult to do, to act and direct and produce. It was Yaser who, like, saved us all. He was there to pick up all the missing pieces.

Do you think the film reflects your dual identities as Saudi filmmakers, now living and working abroad?
Maan B: I moved from Saudi when I was 18. My late teens and most of my 20s were [spent] in Los Angeles, so I know this world so well. I know my world in Saudi, kind of, but my world in Saudi changed tremendously. I came back and I was, like, ‘Wait, this is the same country I left?’

From where did you raise the budget?
Maan B: The film is Saudi-funded [from private sources]. We sent around the proof of concept video and some content. Then finally we got someone who was interested. A close family member knows that person, so it was the two of them.

We had a lot of help in the US but it was [in the form of] logistics. We got a lot of help from the school I graduated from. They gave us some equipment and consulted us when it came to some production and permits

What were the biggest challenges during the shoot?
Maan B: We shot 11 days, then had seven days of pickups.

Yaser B: Four days before shooting, we were [still preparing].

Maan B : We were saving a lot of the budget for post-production. Then a week or so before the shoot, a trusted person told us, ‘I can get you sponsorship.’ He said, ‘You just need to put this brand here, that brand there, and we can give you this much [money]. But you have to send us this, this and that.’

So we were doing this, this and that and rehearsals and locations and everything else. It was so guaranteed, like we can see it, you just have to grab it, right? We made some decisions based on our getting more money. We said ‘we’re gonna buy a better camera’. We actually bought the car that you see us destroy in the film. That actually hurt us.

Yaser B: That main camera was expensive.

Maan B : Yeah, like the DP said, ‘In a perfect world we should shoot this movie on a Sony Venice. It was very expensive but when we heard that we’re gonna get more money I’m like, ‘You know what? We’ll get you that Sony Venice.’

Then halfway through production that deal fell through. Me and Noan were worried about how to pay people. At the same time, I have to make a movie, to act, produce. Sometimes Noan and I were in the middle of a scene and then we’d just zone-out, like, ‘We’re gonna go to prison.’

But the real challenges came in post-production. We did all the post-production in Egypt with a classmate’s production company because they’re very talented and it’s cheaper than doing post in LA, because our movie is heavily effects, heavily sound designed and heavily edited. We had a lot of material. The first cut of the film was two hours and 20 minutes. After three months in Egypt we went back to Saudi in January 2020. Then [the pandemic] happened and we had to try to do the editing and sound editing remotely, with Egypt’s shitty internet. Upload and download and FaceTime, everything is awful.

What films have inspired you?
Maan B: The story that initially captivated me was The Blair Witch Project. When it premiered at Sundance, people didn’t know if it was real or not. It was a unique film, they invented this small-budget style and it made $256 million in worldwide box office. It’s such a success story and I envy them for being that brave.

Now we’re the new cinema in Saudi, new everything, and nobody’s doing this kind of style yet. Actually, everything is new so any genre, any style you choose is going to be new in Saudi.

How do you want audiences to watch the film?
Maan B: Showing it in theatre is important, because we had no theatres in Saudi for a very long time. The only thing might change it if the Netflix executives watch the film and they want to make it a Netflix Original.”