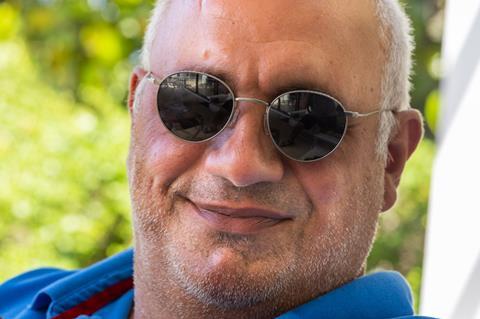 Having set up MSR Media in 2019, last year producer Philippe Martinez extended a deal with the Caribbean island nation of St Kitts & Nevis, to shoot multiple features there over a three-year period.

Under the deal, struck with the premier of Nevis Mark Brantley, the Nevisian government provides access to locations on the island and accommodation support for cast. In return, MSR is augmenting the film industry on the island, including job creation and roles for local actors.

Christmas In The Caribbean starring Elizabeth Hurley is currently in production under the deal, while previous titles include comedies A Week In Paradise and One Year Off, and thriller Assailant.

MSR also produces from its UK base in York, making festive features such as Father Christmas Is Back, sold to Netflix; and My Dad’s Christmas Date, sold to Amazon Prime Video.

How do you select the projects you make at MSR Media?

We have a department that receives scripts from writers. What’s key is to make screenplays that are what the platforms want. For independent producers, the business is coming down to Netflix, Amazon and some smaller platforms. Producers or sales agents don’t like to say this because they are afraid – they like to maintain the illusion that things are going well. The traditional formula of selling country by country just doesn’t work anymore; the distributors that we used to work with are facing an economical challenge, with Covid and the fact that Netflix and Amazon are now the main players.

Do you try to sell to other distributors, or is it only the platforms?

We do, but frankly the prices that were being offered from the normal distributors are a fraction of what you used to sell two years ago. So it’s impossible. Most of the movies we do, we conceive the story and hire British writers to work with me. We’re focusing on romantic comedies, romantic films and Christmas movies. We do a few thrillers as well, but not too many.

What’s your opinion on whether now is a good or bad time to be in the indie film business?

I’ve produced and sold movies for 30 years; the appetite has never been as big as it is now. That’s not the problem; the problem is that the foreign markets need to find a new oxygen, economically, to be able to buy at prices that we can afford to sell. So yes, there is a huge appetite; but right now, in a nutshell, it’s the golden age for the platform.

You’re a writer-director as well as a producer. How does this environment change your creative process?

It starts with the synopsis; sometimes we send platforms the synopsis to see if they might be interested. You may as well have an idea of whether they’re looking for that type of film or not. There is no guarantee, but if we’re making a Christmas movie or romantic comedy for which we have already outlined the synopsis to the platform, our chances of selling it to them after the movie is completed are much higher. 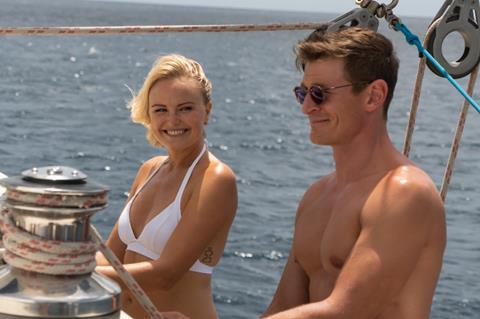 ‘A Week In Paradise’

What is the structure at MSR Media?

We have 50 people working permanently in the company – five in our US office on distribution, and 20 to 30 in the UK. The rest are on St Kitts and Nevis, where we’ve established a production company and shoot four movies a year.

Are UK crew moving there permanently?

Some go back to see families or for other reasons; we have very little turnover. When you’re a crew members and you know that you’re going to do four movies a year with a company, it’s safety in these uncertain times. I operate like a theatre company – I like to work with the same actors. It’s a good feeling to work with actors you know you can rely on.

What work are you doing to grow the Nevisian industry?

The island does not have a studio facility yet so we use the beautiful locations. We brought film equipment from the UK, and we opened an acting academy with 20 students, aged from 20 to 60+. To fly one person thousands of miles away for half a day of shooting doesn’t make sense so every time we have small speaking parts in these films, we use them [the local actors].

Are markets still important to the film industry?

It’s a cornerstone in the mentality of sales agents to say, “We have to prepare [for example] AFM.” But as a producer, I’m preparing my sales on a daily basis by talking to the platforms, and to the US distributors about what we want to develop for the next movie. For the past 30 years we used to go to markets and have one-to-one discussions with distributors. Now it’s all about zoom calls. But it’s just not the same. I don’t share the excitement about digital markets. Having a client from Italy on a zoom call? We do that all year long anyway.