'Mudbound' producer-financier MACRO on what's next 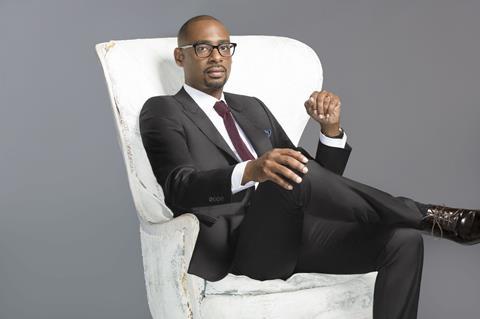 Even before he became a trail-blazing talent rep at what was then William Morris, MACRO founder and Mudbound producer Charles D King knew where he wanted to end up.

King, who grew up in Georgia, became the first African-American to graduate from mailroom to partner in the agency’s 119-year history, and built a career representing the likes of Oprah Winfrey, Tyler Perry, Jennifer Lopez, Lin-Manuel Miranda and Dee Rees.

Yet he never let go of a vision from his Howard University School of Law days. Inspired by former agents David Geffen and Barry Diller, King wanted to branch out as an entrepreneur and create a multiplatform media company, in this case to champion the voice and perspective of people of colour.

He launched MACRO in January 2015 with that goal in mind. “First and foremost, we love universally themed stories that have people of colour at the centre of them as leads and co-leads, not as supporting characters,” King says. “We look for brilliant storytellers and filmmakers at the helm. We also look for a unique voice, having projects that have something to say.”

The first feature out of the gate was Fences, the story of a flawed patriarch based on the late August Wilson’s play. MACRO joined Paramount as co-financier and executive producer on the $25m production.

It grossed close to $60m in the US with Denzel Washington and eventual Oscar winner Viola Davis reprising their Broadway roles.

“It was the perfect first studio movie for us to get involved in,” King says. By the time Fences came out in December 2016, MACRO was already in post on Mudbound, a Mississippi-set post-war racism drama that is expected to make waves this season. It debuts in select theatres and on Netflix on November 17.

King had come on board that project in Toronto 2015 at the behest of former William Morris colleague Cassian Elwes. He agreed to produce and co-finance with Armory Films when Dee Rees, who had broken out at Sundance 2011 with Pariah, signed on to direct.

“That was a game-changer,” King says. “I was one of Dee Rees’ agents and knew how brilliant she was as a filmmaker.” Good Universe handled international sales and Black Bear cashflowed the sales estimates. 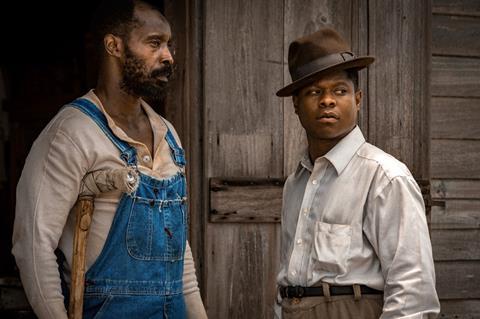 Mudbound premiered earlier this year at Sundance, where a passionate pitch by Netflix chief content officer Ted Sarandos persuaded the filmmakers to resist the advances of more traditional theatrical buyers and sell to Netflix for $12.5m. King believes the film and its awards prospects are in safe hands.

“They’ve taken it to festivals and it’s been seen on big screens around the world before it gets theatrically released and [debuts] day-and-date in 150 countries around the world,” he says.

Opening one week prior is Roman J Israel Esq, Macro’s third film and Dan Gilroy’s follow-up to Nightcrawler. The drama premiered in Toronto and earned Denzel Washington strong notices as a driven, idealistic defence lawyer. MACRO went out to market with the package in late 2016 and Sony agreed to co-finance.

Next up is Sorry To Bother You from feature debutant Boots Riley. The story centres on a black telemarketer who finds a magical key to success and uncovers a macabre corporate secret. Tessa Thompson, Lakeith Stanfield, Omari Hardwick and Armie Hammer star.

“It’s a really provocative comedy that has something very smart to say,” King notes, adding that he has targeted a 2018 festival launch. Given his pedigree, Sundance would seem a good bet.

Shanghai and Hong Kong-based MNM Creative is also an investor in MACRO, alongside Raymond J McGuire of Citigroup and Anré D Williams of American Express. King is eager to expand and recently closed a second round of financing to the tune of $150m in equity and debt, when Emerson Collective renewed its commitment alongside a group of strategic investors.

“We have the capacity now to fund and produce four to six film and television properties per year,” says King, who has numerous projects in the works such as TV series Minors with Ryan Coogler.

On top of this there is MACRO’s digital incubator, which birthed Sundance 2017 short-form selection Gente-fied. Comprising seven 10-minute episodes, the web series is set in the Los Angeles Latino neighbourhood of Boyle Heights, stars America Ferrera and is close to a distribution deal.

“My two boys are eight and 10 and they watch everything online and on their phones,” King says. “It would be absurd for us to start a forward-facing, disruptive media company and not be heavily invested in this space. As we all know, that’s where things are headed.”