NFTs: just a craze, or a gamechanger for the content industries?

As non-fungible tokens sweep Asia, a group of Hong Kong companies are trying to turn the craze into a business model for the content industries. 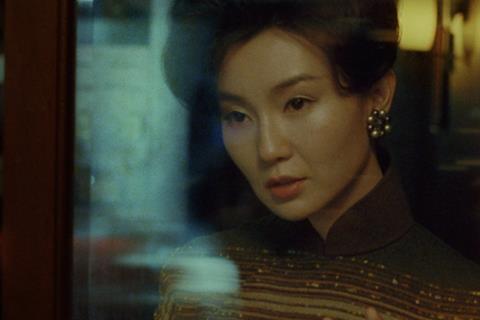 As 2021 drew to a close, one of the year’s biggest stories was the meteoric rise of non‑fungible tokens (NFTs), a fever to which Asia was not immune.

Everyone from Bollywood’s Salman Khan and Amitabh Bachchan to K-pop supergroups BTS and Blackpink to Japanese cultural icons Hello Kitty and Astro Boy announced NFT launches and partnerships, with the goodies on offer including film posters, video clips and digital art. Hong Kong auteur Wong Kar Wai launched an NFT auction through Sotheby’s, including unseen footage from In The Mood For Love, which raised around $550,000.

NFTs are a token issued on blockchains, mostly the Ethereum blockchain, that verify ownership of unique digital assets, and are distinct from cryptocurrency tokens (such as Bitcoin and Ether), and security tokens, which imply equity ownership. As a result, they have been less scrutinised by regulatory bodies around the world, but given the sky-high growth of the market, and that they can be traded for profit, all that may change. According to DappRadar’s industry report for 2021, NFT trading volume for the year was set to surpass $23bn.

After setting the art world alight, NFTs moved into gaming. Several reports list the Philippines as the country with the most NFT owners in the world, mostly due to the mania around ‘play-to-earn’ video game Axie Infinity. China, which has already banned cryptocurrency mining and trading, and this year cracked down on its effervescent gaming, ecommerce and social media giants, is not surprisingly casting a none-too favourable eye on the craze.

Now it’s the turn of the media and content industries. US studios including Disney, Lionsgate and Warner Bros have all jumped on the bandwagon, the latter with NFTs inspired by The Matrix franchise, along with filmmakers such as Quentin Tarantino who famously ran into a copyright dispute with Miramax over his Pulp Fiction NFTs. A raft of NFT-powered companies also launched in 2021, including Fox Entertainment’s Blockchain Creative Labs; NFT Studios, founded by Martin Scorsese’s regular producer Niels Juul; and Decentralized Pictures, founded by Roman Coppola, tech veteran Leo Matchett and American Zoetrope exec Michael Musante.

In Asia, the action has so far centred around merchandise and collectibles, the most obvious application of NFTs, but in Hong Kong, companies such as CryptoBLK, Marvion, Coinllectibles and production outfit Phoenix Waters Productions, which Coinllectibles recently acquired, are looking at other ways the technology can be integrated with the worlds of film and TV.

Phoenix Waters founder Bizhan Tong says he became interested in NFTs when researching his pandemic thriller Lockdown. “[NFTs] create a much deeper relationship between creators and their fanbase. In terms of engagement, there’s a lot more you can do with NFTs.” 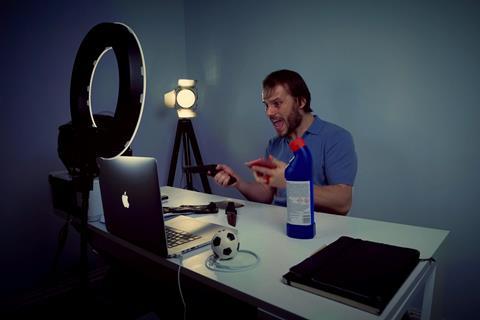 Tong is partnering with Marvion to release five limited edition “hybrid NFTs” of the theatrical cut of Lockdown, along with a range of digital merchandise, and has already sold out on NFTs to attend the film’s UK and Hong Kong theatrical premieres. He is currently shooting crime series Forensic Psychologist, recently acquired by Endeavor Content for global distribution, which is offering cameo appearances packaged as NFTs.

Julian So, co-founder of tech companies Marvion and Coinllectibles, describes his company’s “hybrid” or “fusion” NFTs as a combination of an intangible asset in the virtual world backed up by a licence or copyright agreement in the real world. “Everyone talks about how NFTs are smart contracts, but there’s nothing legally binding in a smart contract, all they do is facilitate settlement,” says So, who is a lawyer by profession. “Our fusion NFTs include documentation minted on the blockchain that specify exactly what kind of rights you have.”

Phoenix Waters has also partnered with Duncan Wong’s CryptoBLK on drama series Crypto Keepers, which will offer NFTs that enable their owners to vote on the storyline of the second season. “The second step is to offer NFTs with some kind of IP rights, say producing a short clip or hosting one of the characters on social media or in the metaverse,” says Wong, a cryptographer who started out by moving trade finance and insurance companies onto the blockchain.

While all this activity creates an additional revenue stream, the picture becomes more complicated when it comes to straight-up investment, or the blockchain equivalent of equity crowdfunding. Wong explains that it’s important the tokens being issued fall into the category of NFTs or utility tokens (that enable activities such as voting), because if they start to look like a piece of equity or a security token, that would prompt the attention of the bodies that regulate securities.

“Fans of the show can buy NFTs that they can use to either vote or sell them further down the line. Then there’s more incentive for them to make the show successful because that would increase the value of their NFTs.”

Wong also believes that utility tokens have other uses such as a super-charged subscription to a streaming service, that in addition to delivering films and series, could provide access to digital merchandise and events. “Netflix could come up with a metaverse live show for a major talent and sell tickets as NFTs.”

Meanwhile, Tong says the technology could open up opportunities for creatives, whose design or artwork in a movie could be traded as NFTs, delivering value beyond their initial payment. “Instead of only being compensated when the movie is made, 10 years in the future you’re still being compensated for your work.”

While all this sounds exciting, there are many issues to face before this technology becomes mainstream. Most NFTs are traded with cryptocurrency on specialist exchanges, such as OpenSea, Axie and Rarible, so they attract a specific audience — fans of The Matrix franchise maybe, but older cinephile audiences, not so much. “We’ve been getting a lot of calls from indie filmmakers, but this won’t work for everybody,” says So.

Then there are the regulatory issues. Most governments are still sniffing around the NFT phenomenon, not sure how to react, but as with cryptocurrency, there are growing concerns about money laundering and naïve investors. While China hasn’t specifically banned NFTs, a recent People’s Daily editorial described them as a “zero-sum game hyped by cryptocurrency investors and capital”, after which Tencent and Ant Financial changed the name of their offerings from NFTs to ‘digital collectibles’.

Heading into 2022, it would be reassuring to know this might truly be a gamechanger for the content industries, rather than just a new way of selling merchandise and crowdfunding. But it’s just too early to tell. Blockchain technology has been hailed as a saviour in many other parts of the business — sales reports, collections and reducing production costs — but so far none of that has materialised in a significant way. The difference with NFTs perhaps is the trading volumes and fan engagement metrics make a compelling argument. Time will tell if this is the killer app that finally drives adoption of blockchain in the industry.