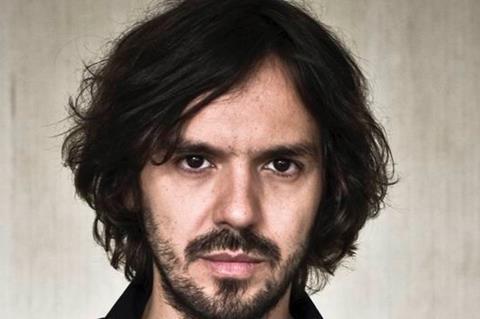 All The Pretty Little Horses is the second feature by the Greek writer-director Michalis Konstantatos. It is making its world premiere at the Sarajevo Film Festival and tells the story of a couple, played by Yota Argyropoulou and Dimitris Lalos, who, in the wake of an undisclosed tragedy, move with their young son to a provincial seaside town.

They find work as in-home nurse and the caretaker of a luxurious villa, where they both start spending their days and hope to return to Athens in a better financial situation. But as the plan fails to work, the distance between them grows.

What inspired you to make this film?
The various socio-political changes that have been taking place around me have always been a source of inspiration for my film. The economic crisis in Greece brought foundational shifts in social structures and interpersonal relationships. Many people have fallen into depression in these past few years. Families have fallen apart, people have lost faith in each other and themselves.

At the same time, the widening gap of wealth inequality has made things even worse. The prevailing idea in the public consciousness is now that “simply getting by is a luxury.” The labour rights have been diminished and, in many cases, directly targeted and stigmatised.

The idea that a small group of ultra-rich become even richer during an economic crisis has not only been legitimised, it has become a foregone conclusion. All of these thoughts, reality itself, and the crisis of values that I see day after day, resulted in the creation of this film.

What was the biggest challenge when you were making the film?
It was to keep the flame alive for everyone who collaborated on the project. A lot of time was needed to bring this film from inception to completion. Films in general are difficult to make, but especially so in Greece. Producers, directors and all artistic contributors are working their hardest to bring the best possible results inside of a very restrictive financial framework. This is very costly, both in terms of time and in terms of morale.

Can you tell us a bit about your influences?
The biggest influence on my work, as far back as writing the script and all the way through the process of making it, has been music and sound, in general. Music inspires me and it sets the rhythm to my work. The sensation I get from music and sounds I have in my head guides the process every day while we shoot. Other than music, I would also include current socio-political events as they unfold around me, the way I perceive them, and of course I’m also inspired by my favourite films.

What do you know now that would have helped you to know earlier in your career?
I used to be a more introverted person. I used to prefer watching people and observing their behaviour, being always among them but silent and not in an immediate interaction.

If I were less like this at the beginning, it would probably have been good for my career, not just in terms of being more effective at networking, but also because I’m realising more and more that, when I combine observation with vivid interaction, dialogue and creative conflict, I find that this brings a more interesting, unexpected and open result to my work.

What are your on-set rituals?
I always start a shooting day by listening to the music that inspires me. But the most important thing for me is the connection and discussions on the set with my collaborators before we start. I have been working with most of them for a long time, and the fact that I see them on set every morning, ready to work together towards a common goal, is a great boost to my mood and sets a wonderful tone for this work which requires devotion, discretion and speed.

How have the last few months been for you and how do you feel about premiering your film online?
They’ve been rather strange. It is quite unnatural for me to not be in physical contact with people. It can’t really be replaced by anything else. There has been an ongoing effort to adapt to this, I hope, temporary situation.

The feeling of premiering a film online is strange as well. My biggest joy and satisfaction, after the completion of a film, is connecting with the audience and talking with them about the film and the issues it speaks about. This is the exact thing that has been taken away: personal contact and face-to-face discussion.

Given that the world is always changing, often violently, which is one of the ideas explored in the film as well, we have to cultivate the tools to interpret the true nature of these changes when that becomes apparent, and to practice new ways of connecting, communicating and companionship.