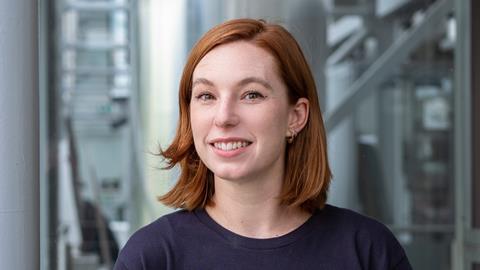 “When I was about 11, I started to dress up my two younger sisters and do their hair and make-up,” she says. “It’s all I ever wanted to do.”

Swan studied at the London College of Fashion, and she worked in a range of settings after graduating in specialist make-up and hair. “I worked in London Fashion Week, music videos, short films, and with fashion brands doing more commercial shoots,” she says. “I even did some weddings and worked at a vintage salon doing pin-up looks. It was great practice to going into film.”

Now her film credits include UK indie dramas Rare Beasts, Blue Iguana, Run and Pondlife — but her biggest project to date has been working on Michaela Coel’s lauded BBC series I May Destroy You. For Coel’s character of Arabella, Swan mostly used natural looks without much visible make-up, but then increased the blusher in the final scenes of the series. “Then she had that glow and warmth, that feeling that she is comfortable within herself. It was very subtle,” says Swan.

She describes the show as a dream job because “it is [set in the] current day and you have really expressive characters. Also, I love projects with strong female leads.” Swan has experience working on any skin tone. “With dark skin, I love how reflective it is,” she says. “The DoPs could use more coloured lights, so it was about finding out how make-up can be part of that instead of being hidden by it.”

Swan relishes the collaborative process of bringing a character to life with a filmmaker and an actor. As she says, hair and make-up looks “can be an extension of personality, to show people how you’re feeling, to show you are feeling confident or playful. You can see those nuances in make-up and hair.”