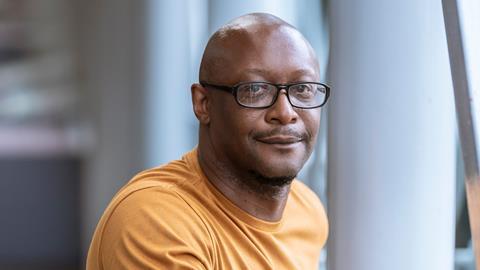 “He quizzed me about west London,” laughs Newland. “You know, ‘What bus route do you take to get to where you live?’ Obviously, I knew it all!”

Following that 2015 chat, they co-wrote two of McQueen’s five-episode ‘Small Axe’ anthology series, based on that same West Indian community in the UK capital during the 1970s and ’80s. The fictionalised Lovers Rock segment depicts a romance in the reggae scene, while Red, White And Blue stars John Boyega in the true story of Leroy Logan, a police officer who wanted to change the force from within. The stories “are etched into the history of being black and British”, says Newland — and he feels their time has come. “As a kid, my friends and I would talk about all that was happening around us and say, ‘This would make a banging film.’”

McQueen undertook a thorough development, with Newland writing 30 drafts of Red, White And Blue. He is also signed up to write a feature adaptation of Kei Miller’s novel Augustown, developed by Potboiler and BBC Films, to be directed by Shabier Kirchner; and wrote The Future Isn’t What It Used To Be, a Film4 short that has just wrapped.

Lovers Rock was chosen in the Cannes 2020 official selection, and opened the 58th New York Film Festival in September. “I’m really proud,” he says. “That’s there now, in history.”

Newland has written novels, plays and scripts for over 20 years, including several near-misses for screen work. He is in the early stages of development with Film4 on his own feature — “a personal story about black, British, working-class culture” — and is creating a TV series about growing up in west London with Red Planet Pictures, which he hopes to turn into an ensemble writing project.

Experience has not dimmed his enthusiasm, with “loads of script ideas” on the go at any one time. “I am really into redefining Afrofuturism, challenging the notion of what that might be,” he says.