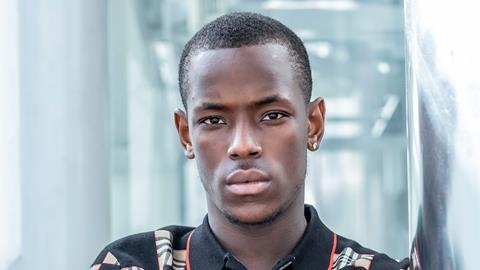 When Micheal Ward signed with London’s Olivia Bell Management, his agent Gavin Mills asked him the usual question: what kind of material would he ideally like to gravitate towards.

“Top Boy,” was Ward’s reply — despite the fact that, after seasons in 2011 and 2013, there were no plans at that stage for the UK Channel 4 crime drama to return.

A year later, the series was back (through Netflix) and Ward auditioned for Aaron, younger brother of protagonist Jamie. As the audition process progressed, the actor was asked to read for Jamie. “Aaron, he goes to uni, he’s a good kid,” says Ward. “I thought, ‘Yeah, I could do that.’ When they told me to come in for Jamie, I was like, ‘There’s going to be so many other guys that are actually from this world that will be able to do this.’ I had a lot of doubts.”

Ward called Yasen Atour — another of Mills’ clients who has served as Ward’s acting mentor since he signed with the agency — who helped the young actor believe in himself in the role, which he duly snagged.

Next came London-set feature Blue Story, playing one of the two young men whose friendship is torn apart by the postcode gang wars of their respective south London communities. The role came about via an open audition posted on Instagram, and Ward was initially sceptical. But having met the film’s writer/director Andrew Onwubolu (aka Rapman), a Star of Tomorrow in 2019, and witnessing the passion behind the project, “there was no going back for me”.

Ward was rewarded with an EE Bafta Rising Star nomination, winning the accolade in a public vote, and the film grossed a sturdy $5.8m (£4.5m) at the UK box office last November for Paramount Pictures UK. The actor will round out 2020 with transmission of Steve McQueen’s ‘Small Axe’ anthology series, starring in the Lovers Rock segment alongside fellow Star of Tomorrow Amarah-Jae St Aubyn. “Steve’s energy is just beautiful,” sums up Ward. “I’m so, so grateful for the opportunities that I’m getting to work with these amazing people.”