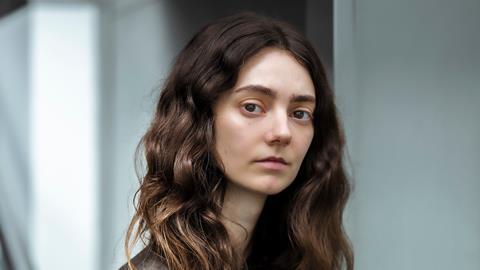 “I think actors are either really shy and go to acting as a way to express themselves, or they’re the opposite.” So says Tanya Reynolds, who places herself in the former camp.

“Acting made me feel like I could escape and be someone else — someone who wasn’t shy and weird and awkward.”

Always taller than her peers, Reynolds says she “hated sticking out so much”, but not anymore. “As an actor, you love it. You want to stick out as much as you can.”

But it was not so much Reynolds’ physique that caught the attention of the Sex Education team when they were casting the role of endearingly eccentric clarinet player Lily Iglehart for the Netflix series. Reynolds, who was 10 years older than the 16-year-old character, felt she stood no chance, and delivered a first audition that she was later told by lead director Ben Taylor was “the talk of the office”.

“I’m a big lover of clown,” explains Reynolds. “I just saw it as a chance to clown and play. I like to think of Lily as not quite of this planet.”

Meanwhile, the film that was Reynolds’ first screen role, fresh out of the Oxford School of Drama in 2015, has been the latest to arrive: Fanny Lye Deliver’d. Thomas Clay’s drama, set during Oliver Cromwell’s 1650s English Protectorate, shot in early 2016 with a cast led by Maxine Peake, but an extended post-production meant the film did not gain its UK release until 2020.

Simple scenes stretched out for days of shooting, recalls the actress, who is currently shooting season three of Sex Education. “Thomas was very specific about every frame,” she says. “The grip said to me, ‘This is not a baptism of fire for you. This is being thrown into a volcano, head-first.’”