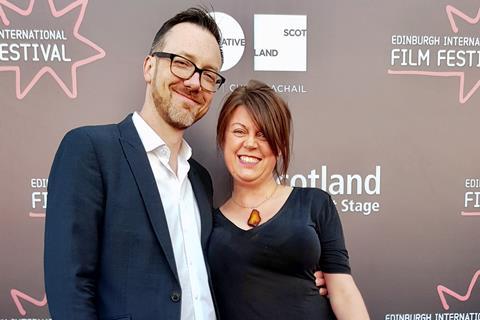 Need to know Al Clark and Rachel Robey’s Nottingham-based Wellington Films is riding high after its Scotland-set, $2m (£1.5m)-budget thriller Calibre was bought by Netflix, won Edinburgh International Film Festival’s Michael Powell Award and went on to pick up four nods at the Scottish Baftas. Previous highlights include Paul Andrew Williams’ London To Brighton and Hope Dickson Leach’s The Levelling. Robey left her role at the British Council last year to focus full-time on the company, delivering Wellington’s first TV commissions — sketch show Deaf Funny and doc series Found — both for the British Sign Language Broadcasting Trust. 2018 Screen Star of Tomorrow Anna Griffin and Tom Wood have joined the firm as producers, teaming on projects with either Clark or Robey.

Al Clark says “We operate globally. If you are on a call to LA, it doesn’t matter if you are in London or Nottingham. They think we’re in Notting Hill half the time.”