As the London Film School celebrates its 60th anniversary, its director Jane Roscoe talks to Stuart Kemp about what sets the institution apart. 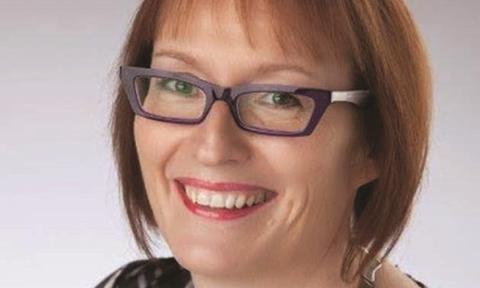 The London Film School (LFS) bills itself as the oldest established international school of film technique in the world. As it turns 60 this year, it faces stiff competition from other institutions in attracting new students, a major central London relocation and the need to train graduates who are equipped for the brave new world of content creation across myriad digital platforms.

“We want to produce film-makers with strong, independent voices who are able to use the craft to tell original and compelling stories in surprising ways,” says Jane Roscoe, director of the London Film School. “We’re working back from the kind of graduate we want to produce.”

LFS alumnus Mike Leigh is chairman of the board of governors. The school prides itself on its collaborative ethos and in being a non-specialisation school. Its MA in film-making is at the heart of what the institution offers. It also runs an international film business course with Exeter University, with students split between Devon and London.

The school has around 220 full-time students at any one time spread across its courses.

“We’re not the biggest film school and we’re not the place where we’re able to offer absolutely everything. But that’s what sets us apart,” Roscoe says.

The anniversary celebrations come at a tumultuous time for the LFS as it faces an imminent move from its premises in Covent Garden, in an old warehouse it has occupied since the mid-1960s, to a fresh central London location. Roscoe and her team are finalising the deal for a new home with a studio and cinema, located in a building “fit for purpose” for a film school and its students. A proposed move to the Barbican fell through last year.

Propelling the school into the 21st century, while maintaining its prestigious reputation as a conservatoire for film-makers, is also ruffling feathers. A petition by some former students aimed at the director and the board of governors demanding transparency about various teaching staff changes has brought to the fore concerns about the school’s direction.

“Change is difficult. It’s about me reassuring the alumni the school is in safe hands and we will be able to be even better,” Roscoe says of the situation.

The LFS is a not-for-profit educational trust, committed to spending its revenues on the education of its students. That means the costs of all film exercises, including stock and equipment, as well as a substantial budget for the graduation film, are incorporated in the course fees.

For the MA film-making course, which comprises six trimesters over two years, the fee for the total cost of
the course comes in at $77,000 (£54,282). Roscoe acknowledges this is a substantial amount when coupled with the cost of living and accommodation in the UK capital.

“I am looking at ways we can better cushion the school as a whole financially,” she says. “We’re looking for more bursaries, scholarships and support for students, but I am also looking at where we can create new revenue streams to support the running of the school so we don’t have to throw all those costs back at students.”

The LFS has come a long way from its origins in 1956, the year in which Gilmore Roberts, the principal of the Heatherley School of Fine Art, decided to set up a short course in film-making. Before the applicants could enrol, Roberts found his school had been sold from under him, but opted to carry on regardless with the course independently. After its precarious early days, the school found a base in Brixton in south London as the London School of Film Technique.

In the early 1960s, the school moved to Charlotte Street and was renamed The London Film School before relocating to Covent Garden in the mid-1960s.

Under that moniker, the school will aim to create yet more glittering careers for its alumni in the next 60 years and beyond.