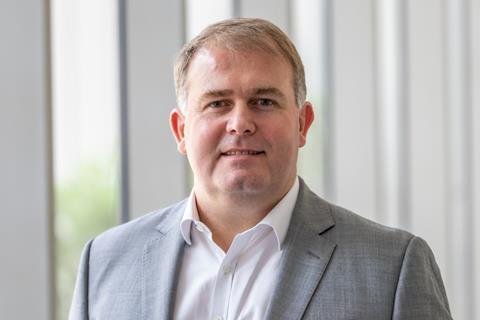 Dubai-based VOX Cinemas is the biggest exhibition chain in the Middle East operating some 550 screens across the region in its home-base of the UAE as well as Lebanon, Oman, Bahrain, Egypt, Saudi Arabia and Kuwait.

A subsidiary of the Emirati retail and entertainment conglomerate Majid Al Futtaim, it was the first exhibitor to open a theatre in Saudi Arabia following the lifting of its cinema ban in 2018. Thanks to behind-the-scenes talks, the company had already started construction on a four-screen venue in Jeddah before the ruling was announced at the end of 2017.

Like all exhibitors worldwide, VOX Cinemas was forced to shut down its venues across the region from March onwards this year due to the Covid-19 pandemic.

Its theatres in the UAE, Saudi Arabia and Egypt began reopening in May, with permitted occupancy of between 30% to 50% of capacity. Its 15-screen Lebanese Beirut City Centre also re-opened briefly but shut again due to the catastrophic explosion there on August 4.

CEO Cameron Mitchell spoke to Screen just as VOX Cinemas was launching Christopher Nolan’s sci-fi thriller Tenet on August 27 on 215 of its 400 screens that are operational across the region.

How easy has it been to start opening cinemas?
We had to liaise with individual governments. So what we did in advance was set what we thought should be the protocols and then started petitioning the governments saying: ‘We know you’ve got a lot of things you need to be thinking about right now and you probably don’t understand our industry as well as we do. These are the things that we think should be put in place to ensure a safe environment for our customers and our staff.’

They ranged from splitting the queues to sanitising counters after every use. We initially opened at 30% occupancy. Now, it a differs city by city, country by country. Dubai, for instance is at 50%, while Abu Dhabi, a 40-minute drive down the road, is at 30%.

What’s happened to VOX’s Lebanese venue Beirut Cinema City cinema in the blast of August 4?
We had just reopened it and then after the tragedy, the government introduced a curfew and it shutdown again. The cinema only suffered minor damage, which was fixed overnight. We will open as soon as the government allows us to.

Saudi Arabia has been quite badly hit by the virus but the situation is now improving. Are cinemas open?
The cinemas are open and we’re at 50% capacity. We’re actually trading 24-hours a day there.

24-hours a day? Is that a Gulf phenomenon?
It’s something we normally do during big holiday weekends and when I say 24 hours, I mean 24 hours, although not on every single screen. For Saudi Arabia, we started the discussion maybe three months ago saying it was something we wanted to be able to offer on the back of the fact that cinema screens are still massively under penetrated in the country. With Covid kicking in, now that we’ve reopened, we got the approval. That means you can watch a movie at 3 or 4am.

Is cinema-going coming back in the region?
I was at our flagship location in the Mall of the Emirates in Dubai earlier where more than 50% of our sessions today are for Tenet. I did a quick scan around and we’re almost sold out at 50% capacity. Two weeks ago we released Scoob! which did well and last week we released Peninsula which also did very well. Last week in Dubai, we had a significant increase in business, around 60%. It was off a low base obviously but we’re seeing the growth.

Because we have this massive restriction on occupancy, numbers will still be suppressed. One of the challenges facing the industry is occupancy. In a mature market, annualised occupancy is around 15 to 20%. Across the Middle East, it’s more like 30 to 40%. The reason we can get to 40% is because Thursday, Friday, Saturday night we’re at 60 or 70% and on a Monday, we’re at 5%. The fact that we’re capped at 50% means best case scenario, we’re going to achieve about 20%, maybe 25%. For the industry to come back to where it needs to be and for people to start being profitable again, we really need that capacity to be lifted to about 75, maybe 80%.

Do spectators have to wear masks while seated and watching a film?
We ask people to wear masks while watching the film, unless they’re eating food. Potentially people can take it off while they’re munching on their popcorn but given everyone’s stationary and they’re two seats from everyone else, the risk is minimal. Our seating plans are like a checkerboard. There are two seats between each couple or family group and no-one behind them or in front of them. I’d suggest it safer than being in a shopping mall where you might accidentally bump into someone.

VOX Cinemas is now gearing up for the theatrical release of Disney’s Mulan in its UAE and Saudi cinemas on September 4. What do you think of Disney’s decision to release the film via streaming on Disney+ in most other major territories?
We don’t have Disney+ here so we get to release it. Look, I think it’s easy for anyone to justify whatever they do in what has been a horrendous year. When they [Disney] made the decision, less than half the world’s cinemas were open. They’ve made what is no doubt going to be an amazing film and they invested a massive amount of money into it. They needed to monetise that content and to pay the bills at a time when they have equally been impacted, across their theme parks and other businesses. Whatever anyone decides this year is understandable.We need to ensure we get back to a sensible approach for next year and beyond. Disney normally fiercely protects the window because they know everyone wants to see their amazing films on massive screens as well as watch them later on Disney+ or other platforms.

Even if we did have Disney+ here, I would have still released Mulan, if Disney had let me. Even if you get 1,000 customers, it’s better than not getting 1,000 customers in a week when you’re already open and struggling to pay wages, rents and high operational costs.

Are you worried the theatrical window is under threat?
We need a sensible approach to the windows in this particular year. Everyone has to be massively flexible on the back of the fact that nobody’s making any money right now. But I do wish everyone would sort of think a little bit strategically about what’s best for the longer term. I understand if a movie leaves a cinema after a week, then waiting 70 days to be able to put it somewhere else is difficult for a studio but conversely If a movie is playing in my cinemas for three months, then I expect studios to wait 70 days before putting it somewhere else.

What I’d love to happen is for the major studios and the world’s biggest exhibitors and maybe some of the streamers too to get together in a room to discuss both sides of the equation, and then agree something sensible which everyone applies for the next two or three years at which point it is reviewed again. What worries me i people will make short-term decisions in their own interest, which will then affect the global industry, which would be a disaster.

VOX Cinemas is one of the most active exhibitors in Saudi Arabia in terms of building a circuit there. What are the company’s goals for the territory?
We were committed to building cinemas there even before the law changed . We opened our first four-screen cinema there in 2018. This year we’ll double our location count and triple our screen count from last year, to end with about 150 screens. As of today we have 114 screens in four different cities. We’ll open in a new city and another three locations this year. By the end of next year we should be somewhere between 250 and 275 screens.

What do you say. to the tendency outside of the Middle East to view the region as a secondary market for the international box office?
The Middle East is going to become significantly more important to the world box office. If this had been a normal year, I think the region would have hit a billion dollars of box office this year. I’m very confident Saudi will hit a billion dollars of box office independently of the rest of the region, within maximum five years, probably within three years.

The average ticket price in our region is double other parts of the world and the occupancy levels can be triple in some cases. People love seeing content, they love different types of content. We’re going to see a big build-up of screens particularly in Saudi Arabia, where we’ll probably end up with 1000 to 2000 cinema screens within the next five years.

The way I see it is that in the US there has been a $11b box office for the last decade or so, with declining admissions offset by increasing average ticket prices. And then you’ve got a market like the Middle East that’s going to be growing at 20 or 30% per annum on the back of all the Saudi growth. For Mulan, for example, Saudi Arabia is going to generate at a conservative estimate, half a million dollars. I really think studios will sit up on this.