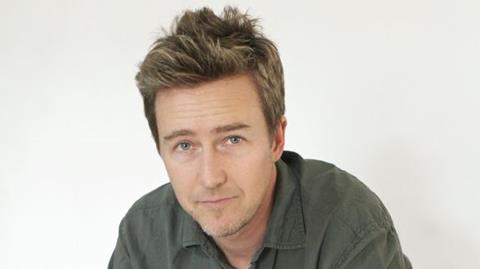 US actor, director and producer Edward Norton is to attend the 68th Locarno Film Festival (Aug 5-15), where he will be awarded the Excellence Award Moët & Chandon.

Norton will also participate in an on-stage conversation with festival attendees at Locarno’s Spazio Cinema (Forum). The tribute will include the screening of a selection of films from his career.

Carlo Chatrian, the festival’s artistic director, said of Norton: “He is someone who has shown immense talent in giving shape to characters as fascinating and complex as the times in which we live.”

Norton has been Oscar nominated three times from his screen debut in Primal Fear (1996) to American History X (1998) and most recently Birdman (2014).

He starred alongside Brad Pitt in David Fincher’s Fight Club in 1999 and made his directorial debut the following year with Keeping the Faith.

Norton’s other roles range from the villain in The Bourne Legacy to the Scout Master in Wes Anderson’s Moonrise Kingdom and has starred in films for Spike Lee and Ridley Scott among others.

Norton will receive the Excellence Award Moët & Chandon in Piazza Grande and, in accordance with Locarno tradition, will participate in a conversation with Festival attendees at the Spazio Cinema (Forum). The tribute will include the screening of a selection of films from his career.