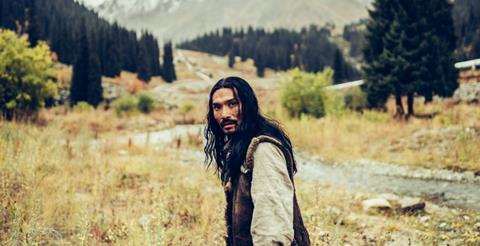 Asia House Film Festival (Feb 22-Mar 5), held in London, has unveiled the line-up for its 2016 edition and revealed it will open with Ermek Tursunov’s Stranger (Zhat) - Kazakhstan’s submission for the 88th Academy Awards.

The period drama, which debuted at Toronto in September, centres on a young man who survived the famine of the 1930s, Stalinist deportation and Second World War by retreating in a cave to live off the land, but finds himself battling society in a bid to retain his freedom.

Tursunov and the film’s producer, Kanat Torebay, will host a Q&A session following the screening.

The director, whose previous feature Old Man (Shal) was selected as Kazakhstan’s official submission for the Oscars in 2012 and had nomadic drama Kelin shortlisted in 2010, will also present the European premiere of his latest film, Little Brother (Kenzhe), at London’s newly reopened Regent Street Cinema and will participate in a Q&A after the screening.

Although nominated, Stranger did not make the Oscar shortlist.

Asia House Film Festival, now in its eighth year, aims to showcase “dynamic and challenging Asian cinema” and will also include titles from Japan, China, Myanmar and Afghanstian among others. A total of 11 feature films, three documentaries and five short films are to be shown in London for the first time.

Jasper Sharp, the festival’s artistic director, said: “There will be a number of films from countries often completely overlooked by followers of Asian cinema, giving audiences a chance to experience the lives and landscapes of such a dynamic and multi-faceted continent.”

The festival will conclude with a film retrospective from 1960s and 70s Singapore at London’s Cinema Museum in Kennington.

The full festival line-up and locations can be found at the Asia House website.