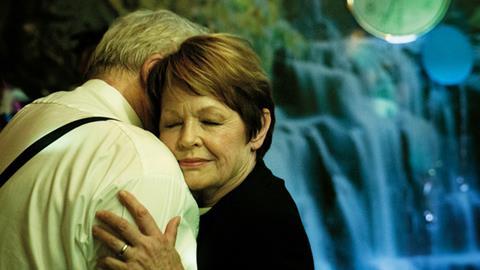 Ghita Nørby and Sven Wollter play the lead roles in the drama about an elderly woman who strikes up an unexpected relationship with a fellow care-home resident.

The Ingmar Bergman International Debut Award, founded by Ingmar Bergman and judged this year by Japanese director Naomi Kawase, will be awarded to a first or second-time director. This year’s nominees are:

Previously announced titles include Listen Up Philip by Alex Ross Perry, Wild Tales by Damián Szifron and Love is All: 100 Years of Love & Courtship by Kim Longinotto.

Eight titles are nominated for the Best Nordic Documentary award, which comes with a $12,500 prize, while the festival’s focus on Japan will include films by Naomi Kawase, Studio Ghibli, Sion Sono and newcomers such as Kiki Sugino.

Kawase, Sugino and Mami Sunada will attend the festival.

Liv Ullmann will be awarded the Nordic Honorary Dragon Award.

This year’s festival, which also includes a focus on Norway, will show close to 500 films from 89 countries across 11 days.

The full programme will be announced later today [Jan 8].