Move will avoid clash with Sheffield Doc/Fest and Edinburgh. 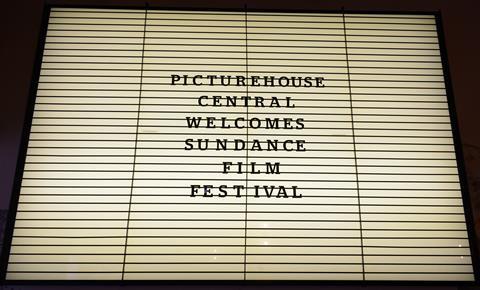 Sundance Film Festival: London has brought its 2016 dates forward by a week to avoid clashes in the UK’s busy festival event calendar in June.

The UK offshoot of the Sundance Film Festival was due to return for its fourth edition on June 10-12, meaning it would run at the same time as Sheffield Doc/Fest (June 10-15) and end three days before Edinburgh International Film Festival got underway (June 15-26).

But to avoid this, the dates have been moved to June 2-5. As previously announced, the festival will move from the O2 arena in east London, which hosted the first three edition from 2012 in 2014 in a late-April slot, to the recently launched Picturehouse Central near London’s Leicester Square.

Clare Binns, director of programming and acquisitions at Picturehouse, said: “Picturehouse and Sundance Institute have taken the decision to adjust our 2016 dates in order to find the ideal place amongst the UK film and event calendar in June.

“The new dates offer maximum opportunity for UK and London film fans to see a wide range of new independent films this June.”

The four-day festival will feature the international and UK premieres of films from the 2016 edition of the Sundance Film Festival (Jan 21-31), which kicks off this Thursday in Park City, Utah.

The London programme will be announced this spring.