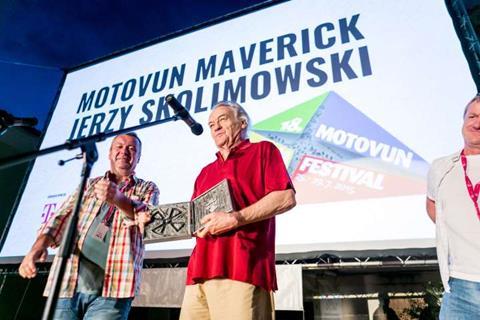 The 18thedition of Croatia’s Motovun Film Festival ended on July 29 with the main award, Propeller of Motovun, going to the French-Belgian film The Wakhan Front directed by Clément Cogitore.

The psychological thriller, which premiered at Cannes Critics’ Week, is about a French captain assigned on a control and surveillance mission in a remote valley on the Afghan-Pakistan border, whose troops start mysteriously disappearing.

The jury said it was “a war film that avoids all stereotypes about war. Instead, it speaks with magical and original cinematic language, telling a story of the soldiers of a French unit in Afghanistan, far from their families. A film about faith, beliefs and searching for truth while questioning what is right and what is wrong.”

A special mention went to Icelandic actor Gunnar Jónsson for his role in Dagur Kari’s Virgin Mountain, with the jury recognizing him for “creating [a character] with an extraordinary empathy, making all of us aware of our loneliness”.

The winner in the Motovun Shorts lineup was Estonian-Croatian-Danish animated production The Life with Herman H. Rott by Chintis Lundgren.

The FIPRESCI award went to Magical Girl by Carlos Vermut.

A surprise Veterans’ Jury consisting of Karpo Godina, Rajko Grlić and Srđan Karanović gave its award to Snježana Mikić, a loyal festival viewer who has been sitting in the festival audience since the festival’s beginnings.

The festival’s ’50 Years’ Award (which is awarded to people who have spent half a century devoted to film) went to the Motovun Film Festival’s first artistic director, filmmaker Rajko Grlić (You Only Love Once, Border Post, Charuga).

“I was impressed by this place from the first moment last night, flying through a storm like something out of Dante’s Inferno,” he told the sold-out crowd at Motovun’s outdoor town square cinema.

“When I woke this morning I could finally see the beautiful area, had a wonderful lunch here and was impressed by the introduction. I don’t know if my film will satisfy as much as all that.”

Skolimowski will be at this year’s Venice Film Festival with his new feature, 11 Minutes.

“In this our 18thedition, Motovun has come of age,” said festival president Mike Downey.

“The quality of the movies remains at its usual cutting edge level and our international guests - including guest of honour, Palestinian director Elia Suleiman, and Motovun Maverick recipient Jerzy Skolimowski along with key professionals like composer (and ex-Sigur Ros multi-instrumentalist) Kjartan Sveinsson - made it truly a festival to remember.”