Universal’s musical crosses the £30m mark in its fourth weekend, retaining top spot in the process; Flight soars to a $2.2m (£1.4m) debut as the week’s highest new entry. 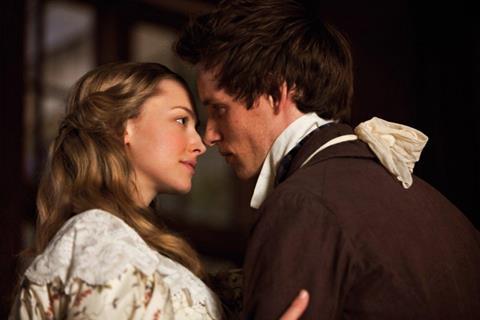 Suffering a drop of only around 30% in its fourth weekend, Universal’s Les Misérables has retained top spot in the UK for the fourth consecutive week, crossing the £30m mark in the process.

Les Misérables could become the first film since Avatar to go more than four consecutive weeks as the UK’s number one this week, but faces stiff competition from the likes of Wreck-It Ralph, Warm Bodies, Hitchcock and fellow homegrown effort I Give It A Year.

For the third week in a row, Sony’s Django Unchained was the UK’s number two film as it also enjoyed a minimal drop to hold off newcomer Flight.

Quentin Tarantino’s latest opus grossed an additional $2.7m (£1.7m) to break the £10m barrier, and is now up to $16.2m (£10.3m) in the UK. That puts it fourth in the all-time Tarantino list, with Inglourious Basterds ($17.2m/£10.9m) the next in its sights which Django should overtake if not this week, then certainly at the weekend.

In a tight tussle for third were Paramount’s Flight and Fox’s Lincoln, with Flight looking to have won the race based on non-final figures.

eOne’s The Impossible continued its impressive UK run, falling only around 25% in its fifth weekend and has now taken $19m (£12m).

This week sees saturation releases for Disney’s Wreck-It Ralph, eOne’s Warm Bodies, Fox’s Hitchcock and StudioCanal’s I Give It A Year.

Arrow Films’ I Wish and Network Releasing’s Oscar contender No are among the films receiving a limited release.