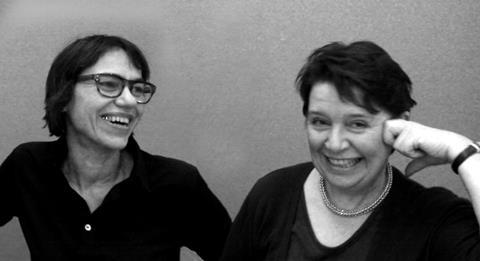 Founded in 1989, independent cinema circuit Picturehouse boasts a 18-strong network of digital cinemas across the UK. By also programming a further 35 non-Picture house cinemas, the company has become a leader in arthouse films, alternative content and event cinema. The outfit recently launched its own distribution arm, Picturehouse Entertainment, and is expanding its circuit.

The company’s first release as a distributor — My Afternoons With Marguerite — took over £200,000 at the UK box office at the end of last year, with the label also recently picking up the first art-house 3D doc, Werner Herzog’s Cave Of Forgotten Dreams.

Why is the time right for you to move into distribution?

Clare Binns: What’s become apparent through our alternative content offering is that we know and understand our audience very well. We created a box office system that gives us direct marketing access to our customers so we’re completely in touch with them. While some distributors are about getting their message into as many cinemas as possible, if we buy our own films we know what our customers want to see. Given our experience of going to festivals and seeing almost every film that’s out there, we thought, ‘why not buy those films and make sure we deliver.’

The first result we’ve had was with My Afternoons With Marguerite, which was going to that underserved demographic - the older demographic. We’ve proven there is an appetite for this kind of film and that there needs to be a few more like them out there. For me it’s a thrilling, and logical, step.

How will you operate?

CB: We will acquire an eclectic selection of between four to six films a year. We want to do films that talk to all our audiences.

Lyn Goleby: Clare is in charge of acquisitions, Sara [Frain] will handle marketing and we have a team of two to three people working under those people on general marketing and admin. It’s organic and we’ll grow it film by film.

How many screens do you hope to reach?

CB: In our own estate, we won’t necessarily be releasing our films across the board. Each film has a different character and we will take care to programme in the right cinemas. Digital programming has allowed us to be flexible.

What is your assessment of the independent acquisitions market?

CB: Everyone always says it’s a bleak picture and films aren’t as good as they used to be. But that’s just not true. There are more now than ever. Not all good, admittedly, but the fact is it’s cheaper, easier and deals are different. I think it’s a really exciting time to be in acquisitions. It’s about new models, how you release films, not just a strong holdover weekend.

With the studios investing more in tentpoles and with the likes of Warner Independent shutting down, Paramount Vantage reconfiguring, it’s a great time to be looking at the smaller, lower budget new films out there.

Is production a possibility?

CB: Never say never. We are very proactive, not reactive, and we will continue to be that way.

LG: But you have to be careful to keep a separation between the disciplines otherwise you can lose three times over.

CB: What Lyn has proven is that we’re ahead of the game, but we don’t want to do anything too dramatic. It’s an organic growth. We’re not racing towards production.

LG: We have ongoing contracts with the Met, Opera de Paris, the Bolshoi ballet, the Donmar and the National Theatre. We’re doing Glyndebourne again in the UK this year and we’re also going to do a Screen Summer Arts Festival, scheduled for July 29 - August 7. It will be a celebration of non-film art forms on screen, such as opera, dance, literature, theatre and visual arts. Screenings will be right across the Picturehouse group during the nine days.This is a first for us. We looked at all the big blockbusters that will be out at that time and thought we could offer something else.

We’re also doing a series of science-focused educational events with schools and a couple of impressive pictorial art-based events which we will announce later in the year. Anything that is a cultural footprint we’re interested in.

When will the new cinema in Hackney be ready?

LG: We’re aiming for end of October, first week of November. There will be four screens, three bars and a music offering upstairs. It’s a complete evening out experience. It will be on Mare Street at the old Ocean music venue.

Are you moving into VOD?

LG: Not at the moment, but who knows…

Is your diversification and expansion a sign of a flourishing business model or businesses needing to spread themselves thinly to keep up?

LG: It’s the sign of a flourishing exhibition model and us looking to take advantage of what’s out there in the market place.