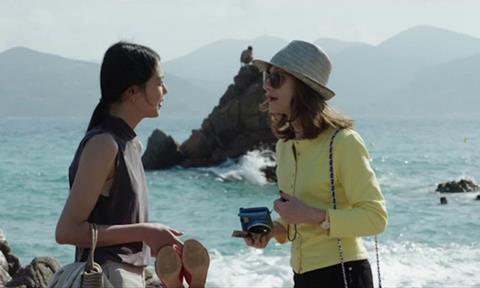 Cinema Guild has announced the acquisition of all US rights to two films from Hong Sangsoo: Berlin prize winner On The Beach At Night Alone and Cannes entry Claire’s Camera starring Isabelle Huppert.

The distributor has also picked up all US rights to Valeska Grisebach’s Un Certain Regard entry and upcoming New York Film Festival selection Western.

On the Beach At Night Alone will open in November at Film Society of Lincoln Center and Metrograph in New York.

The film stars Kim Minhee in a Berlin Silver Bear-wining role as an actress reeling in the aftermath of an affair with a married film director.

Claire’s Camera will open in 2018 and stars Huppert as a schoolteacher with a camera that might be magical.

“Here at Cinema Guild, we have been longtime admirers of Hong Sangsoo’s films,” Cinema Guild director of distribution Peter Kelly said. “This year has been an exciting one for Hong fans and with the release of these two incredible new works, we will continue to build his fanbase.”

Kelly brokered the deal with Youngjoo Suh of Fine Cut.

Cinema Guild has also acquired all US rights to Valeska Grisebach’s Western and plans a 2018 release. Western follows a group of German construction workers installing a hydroelectric plant in remote rural Bulgaria.

It premiered in Un Certain Regard in Cannes and will screen at the New York Film Festival. Jonas Dornbach, Janine Jackowski and Maren Ade of Komplizen Film and Michel Merkt of KNM produced alongside Grisebach. Kelly negotiated the deal with Jean-Christophe Simon of Films Boutique.

Read Screen International’s reviews of On The Beach At Night and Claire’s Camera here.