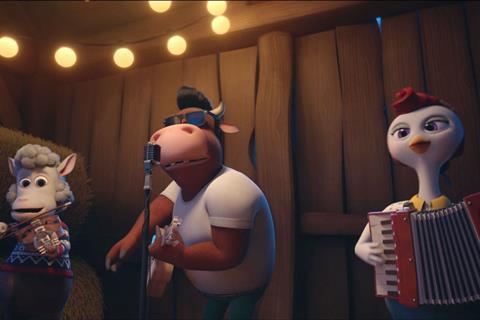 New Europe Film Sales is doing roaring business on its Norwegian 3D animation Cattle Hill, the family film about a young cow who lives in the big city and dreams of becoming a pop star.

New Europe has also announced a number of deals on Ulaa Salim’s political thriller Sons Of Denmark. The film has gone to Germany, Austria, Switzerland (Koch Media), Spain (Filmin) and China (Huanxi Media). It is currently on release in Denmark through Nordisk.

The film is set in Copenhagen a year after a major bomb attack and where radicalisation around the country has intensified and ethnic tensions are running high.

New Europe Films’ recent pick ups include Fools, the latest feature from Tomasz Wasilewski, whose credits include United States of Love, which is produced by Ewa Puszczynska.