Animation feature set to debut on 1,500 screens in the US. 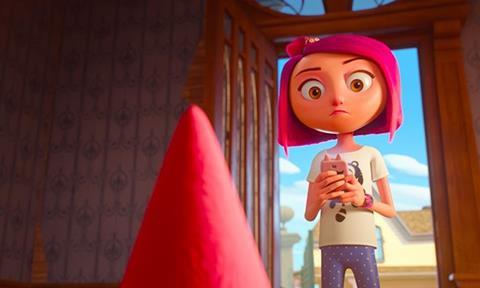 Smith Global Media has set October 13 this year as the US theatrical release date for the animated adventure comedy Gnome Alone, directed by The Nut Job’s Peter Lepeniotis.

Michael Schwartz and Zina Zaflow wrote the screenplay based on a screen story by Rob Moreland and a story by Micah Herman and Kyle Newman.

The film centres on Chloe, who discovers her new home’s garden gnomes are not what they seem. She must decide between the pursuit of a desired high school life or banding with the gnomes to fight against the Troggs – menacing little monsters who have invaded the house through a portal from another world. Gnome Alone will debut on 1,500 screens in the US.