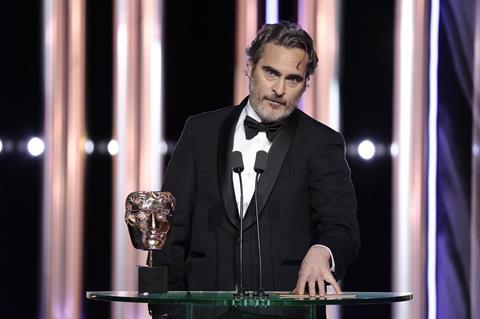 Joaquin Phoenix at the 2020 Baftas

Buyers are buzzing on the eve of next week’s virtual Cannes market as A24 prepares to start talks on Ari Aster’s Disappointment Blvd. to star Joaquin Phoenix.

The previously announced project reunites Aster, one of the most in-demand and acclaimed young genre directors in the US, with A24, who produced and distributed his first two films, Hereditary and Midsommar.

Boosting the package’s profile is Phoenix, the 2020 lead actor Oscar winner for Joker who is working with A24 on Mike Mill’s awards prospect C’mon C’mon, which is in post.

Little is known about Disappointment Blvd. except that it is a decades-spanning portrait of one of the most successful entrepreneurs of all time.

Aster and Lars Knudsen will produce through their Square Peg with A24.