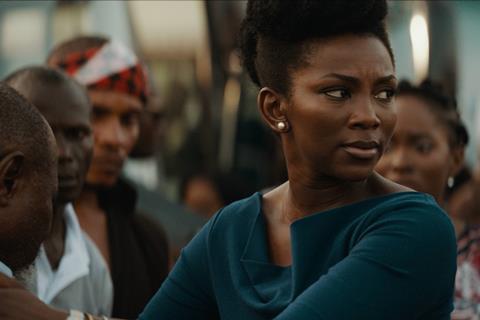 In a statement the Academy said, “In April 2019, we announced that the name of the Foreign Language Film category changed to International Feature Film. We also confirmed that the rules for the category would not change.

“The intent of the award remains the same – to recognize accomplishment in films created outside of the United States in languages other than English.

“As this year’s submitted films were evaluated, we discovered that Lionheart includes only 11 minutes of non-English dialogue, which makes it ineligible for this award category.”

The film, Nigeria’s first ever Oscar entry, had not been vetted by the Academy’s foreign language committee when the original list of qualifying films was announced at the start of October. According to reports, around 10 minutes of the film’s 95-minute running time is in Nigeria’s Igbo language, with the rest in English.

Director Nnaji, who also stars in the film as a woman in a male-dominated industry who steps up to run her father’s company when he falls sick, took to Twitter to protest the decision. She said: “This movie represents the way we speak as Nigerians. This includes English which acts as a bridge between the 500+ languages spoken in our country.”

She added: “It’s no different to how French connects communities in former French colonies. We did not choose who colonized us. As ever, this film and many like it, is proudly Nigerian.”

Selma director Ava DuVernay tweeted her support to Nnaji: “To The Academy. You disqualified Nigeria’s first-ever submission for best international feature because its in English. But English is the official language of Nigeria. Are you barring this country from ever competing for an Oscar in its official language?”

Lionheart is the first Netflix Original title to come from Nigeria.

The timing of the ruling is unfortunate for the Academy, which changed the name of the category from ‘foreign-language film’ to ‘international feature film’ for the first time this year.

Despite the name change, the eligibility rules remain the same: an international feature film is defined as a feature-length motion picture produced outside the US with a predominantly non-English dialogue track and can include animated and documentary features.

The Academy has also ruled that Afghanistan entry Hava, Maryam, Ayesha is ineligible because of questions about the legitimacy of the national committee that submitted it.

The best international feature film longlist will be announced on December 16.