Adriana Chiesa confirms deals for 'My Name Is Thomas', 'Water And Sugar' 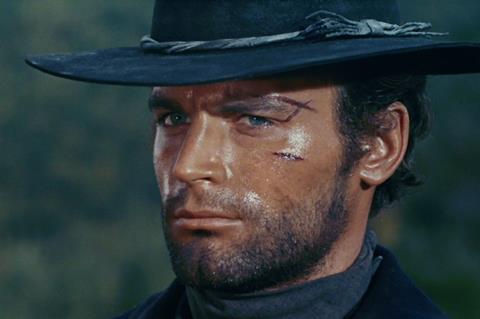 Adriana Chiesa has confirmed a number of deals on her EFM slate led by a pre-sale of road movie My Name Is Thomas by spaghetti western legend Terence Hill to KSM for Germany.

Hill wrote, directed and stars in My Name Is Thomas, which has been pre-sold to KSM for Germany. The deal was negotiated between Chiesa and KSM’s Benjamin Krause.

In the film (formerly Gone For A While), Hill – best known for My Name Is Nobody and My Name Is Trinity and for his long collaboration with Bud Spenser – plays the titular “easy rider” who heads off across the desert on his Harley Davidson and rescues a young woman who has fallen into the hands of two bandits.

Chiesa has also secured a Chinese deal on Water And Sugar, which tells the story of her late husband Carlo Di Palma, the legendary Italian cinematographer. The film has gone to DD Dream in a deal negotiated with DD’s Elizabeth Yang.

At the EFM Chiesa is presenting Roberta Torre’s Riccardo Va All’Inferno (Bloody Richard), a musical version of Shakespeare’s Richard III that has just been nominated for several David Di Donatello awards. The film will play in competition at the Moscow International Festival in April. Medusa handled the Italian release.

Chiesa is also representing a number of new and older documentaries, among them Prophecy – Pasolini’s Africa directed by Gianni Borgna and Enrico Menduni, which tells the story of Pier Paolo Pasolini’s journey to Africa shortly after the Venice Festival screened his classic film Accatone.

The film includes interviews with Bernardo Bertolucci and archive interview material featuring Jean-Paul Sartre, one of Pasolini’s most fervent defenders.

Also new on Chiesa’s slate is Sicula i Opera, a documentary written and directed by Catherine Henegan about a staging of Verdi’s Macbeth in South Africa.