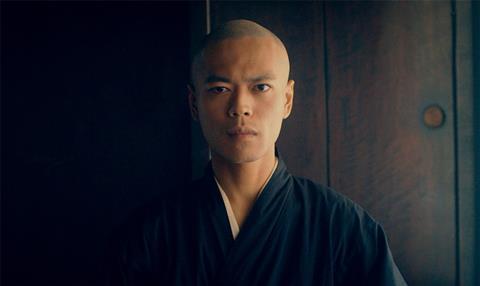 Several years in the making, the film combines animated painting and live action with stylish eroticism, ghost stories, humour and Buddhist themes. Niwatsukino self-produced and self-financed the film, partly through a crowdfunding campaign. He has previously directed a short film Strawberry Jam (2010) and animation series Onizushi.

His debut feature follows a young, diligent Buddhist monk, who finds that women and some men are attracted to him, and after an encounter with a naked masked woman, starts on a journey to “purify” himself.

The film received its world premiere at the Vancouver International Film Festival and its Asian premiere at Busan. It will have its Japanese premiere in late November at Tokyo Filmex.