Second edition of the Ajyal Youth Film Festival in Doha to include 90 films from 43 countries. 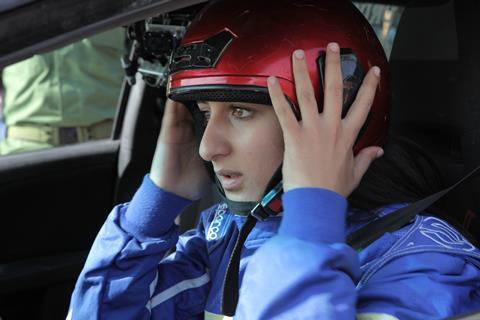 A total of 90 films have been selected for the second edition of the Ajyal Youth Film Festival (Dec 1-6) at the Cultural Village Katara in Doha.

Ten of these features are by first and second-time filmmakers including Macondo by Sudabeh Mortezai, Antboy by Ask Hasselbalch, #chicagoGirl: The Social Network Takes On a Dictator by Joe Piscatella and the opening night world premiere of Speed Sisters by Amber Fares.

Other highlights of this year’s feature film line-up include the MENA premiere of Kahlil Gibran’s The Prophet, produced by and starring Salma Hayek-Pinault. The animated feature, which is the Festival’s closing night gala presentation, is an adaptation of Gibran’s book directed by Roger Allers (The Lion King), featuring sequences by directors including Gulf animator Mohammed Saeed Harib.

Speed Sisters director Amber Fares will be in attendance for the opening night along with the team members who star in the documentary.

Also confirmed to attend is Jordanian director Naji Abu Nowar to present Theeb. Abu Nowar won the Orrizonti Award for Best Director when the film had its world premiere at the Venice Film Festival this year; it also won the Best Film from the Arab World award in the New Horizons competition and the FIPRESCI Prize for best narrative feature at the recent Abu Dhabi Film Festival.

Other titles in the line-up include Brazilian animated feature The Boy and the World by Ale Abreu, which illustrates the issues of the modern world through the eyes of a child, and won the best feature and audience prizes at this year’s Annecy International Animated Film Festival; and Whiplash by Damien Chazelle, the story of a teenager’s dreams of becoming a jazz musician, which won the audience and grand jury prizes at this year’s Sundance Film Festival.

A number of MENA features which tackle modern-day social issues will also be showcased at the festival including Difret by Zeresenay Mehari, Ethiopia’s official entry for Best Foreign Language Film at this year’s Academy Awards. Executive produced by Angelina Jolie, the film tells the tale of the kidnapping of a 14-year-old girl on her way home from school.

Documentary #chicagoGirl: The Social Network Takes On a Dictator follows the life of a young Syrian woman as she assists the revolution in her home country - from her bedroom in Chicago. Ala’a Basatneh, aka #chicagoGirl, will be in attendance to speak to audiences and festival jurors about her experiences depicted in the documentary.

Animated features at the festval include The Tale of Princess Kaguya from Japanese anime director Isao Takahata, co-founder with Hayao Miyazaki Studio Ghibli; and Song of the Sea by Tomm Moore, an adventure inspired by the ancient Irish legend of the selkies.

In addition, more than 40 short films screen to the public during the festival - 20 of these in the Made in Qatar section. Additional short film programmes will screen exclusively to the young jurors participating in the Doha Film Experience.

“We want to bring young people together in a creative and inspiring environment, and I think this year’s programme will really spark their imagination and allow everyone who takes part to celebrate the art of cinema in all its forms,” said Fatma Al Remaihi, festival director and acting CEO of Doha Film Institute.