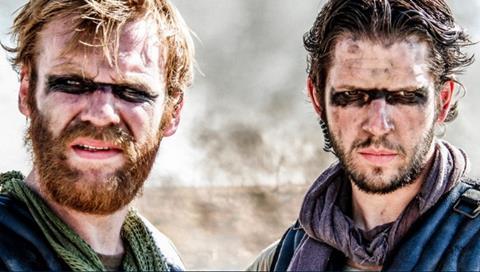 Simon Dixon’s mercenary thriller Tiger Raid has been snapped up for the UK and Ireland by Altitude Film Distribution.

The film centres on two cold-blooded mercenaries, played by Brian Gleeson and Damien Molony, who are on a mission in Iraq to kidnap a woman, played by Sofia Boutella (Kingsman: The Secret Service). But her abduction leads to complications and betrayal.

Tiger Raid is a Dixon Baxi Evans film, produced by Gareth Coulam Evans with the participation of The Irish Film Board. Co-producers are Martina Niland and David Collins for Samson Films.

The deal was negotiated by Altitude Film Distribution’s Ellie Gibbons, with Bankside Films representing the filmmakers.