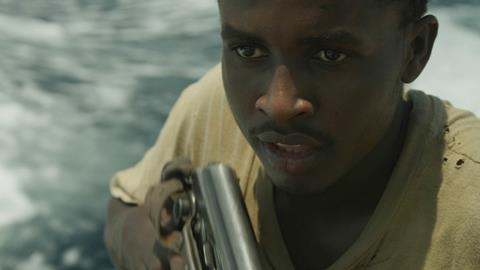 Altitude Film Sales is to bring three new titles to the European Film Market (EFM) at the Berlin Film Festival next week in addition to its previously announced slate.

Fishing Without Nets, winner of this year’s Sundance US Dramatic Directing Award, is produced by Vice and Think Media Studios.

It marks the directorial feature debut of Cutter Hodierne, whose short film of the same name won the Sundance Special Jury Prize in 2012.  Shot in East Africa using Somali non-actors, the film tells the story of an oil tanker hijacking from the perspective of impoverished Somalis.

Currently in production, the film goes behind the scenes of the Russian ballet company - recently the focus of personal attacks and lurid headlines.  The film is being directed by Nick Read (The Condemned) and produced by Mark Franchetti (Terror in Moscow), with two-time Oscar-winner Simon Chinn (Searching for Sugar Man, Man on Wire) serving as executive producer.

The Bolshoi’s theatre directors see the coming months as a new chapter and have granted access to the current season.

Mike Runagall, managing director of Altitude Film Sales, said: “Each film is fresh and distinctive, telling a uniquely compelling story that will connect with international audiences. Our first full year delivered great results and we look forward to further building on this as we begin a new market season.”