‘And Then We Danced’, ‘Aniara’ lead winners at Sweden’s 2020 Guldbagge awards 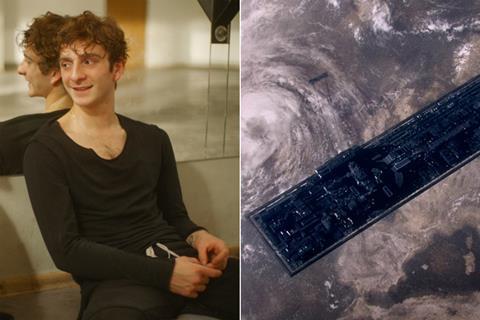 ‘And Then We Danced’, ‘Aniara’

Levan Akin’s Cannes 2019 title And Then We Danced and Pella Kågerman and Hugo Lilja’s Toronto 2018 film Aniara led the winners at the 2020 Guldbagge Awards, held on January 20 in Stockholm, Sweden.

The awards mark the latest point on a successful run for both titles.

And Then We Danced launched in Directors’ Fortnight at Cannes last year and has since won festival prizes at Sarajevo, Odessa and Chicago film festivals among others.

The Sweden-Georgia co-production centres on a romance between two male ballerinas in the National Georgian Ensemble. It was Sweden’s entry for the international feature award at the Oscars and was hit with protests from far-right groups at its Georgian launch in November last year, leading to Akin calling for protestors to watch the film.

Following its debut as a Discovery title at Toronto 2018, sci-fi Aniara has played at festivals including Gothenburg, Edinburgh and Jerusalem, and won four prizes at Les Arcs in France last year.

The Guldbagge (‘golden beetle’) awards honour achievements in the Swedish film industry, and have run since 1964.

Best Film - And Then We Danced

Best Actor in a Leading Role - Levan Gelbakhiani, And Then We Danced

Best Screenplay - Levan Akin, And Then We Danced

Best Cinematography - Lisabi Fridell, And Then We Danced

Best Short Film - Excess Will Save Us

The Guldbagge Audience Award - I’ll Be Home for Christmas

The Award of Honour - Lasse Åberg

The Gullspira (for extraordinary contributions in films for children) - Christian Ryltenius