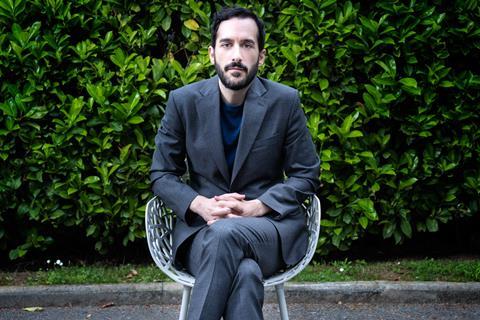 Swedish director Levan Akin has responded to threats of protest by right-wing groups at the Georgian premiere of his film And Then We Danced on Friday, November 8.

And Then We Danced is the story of a young man in the National Georgian Ensemble who is attracted to a rival male dancer. It has drawn condemnation from conservative groups in Georgia due to its depiction of homosexuality.

Set in Georgia, it is Sweden’s entry to the best international feature Oscar in 2020.

Akin posted about the threats on his personal Facebook on Thursday, November 7, writing:

”So many people have asked me about what’s going on in Georgia regarding the premiere of And Then We Danced on Friday the 8th.

Some far right groups and the Church have basically condemned the film and are planning to stop people from entering the sold out screenings.

It is absurd that people who bought tickets need to be brave and risk getting harassed or even assaulted just for going to see a film.

I made this film with love and compassion. It is my love letter to Georgia and to my heritage. With this story I wanted to reclaim and redefine Georgian culture to include all not just some.

But unfortunately these are the dark times we live in and the pending protests just proves how vital it is to stand up against these shadowy forces in any way we can.

The film will play in five venues on November 8, 9 and 10 in the Georgian capital of Tbilisi and coastal city Batumi. Tickets for the first screenings reportedly sold out in minutes.

Georgia’s Ministry of Internal Affairs has moved to limit the disruption ahead of Friday’s screenings. The Ministry issued a statement on Wednesday, November 6, saying,

“The Ministry of Internal Affairs of Georgia ensures the protection of public safety and order, as well as the freedom of self-expression (which, of course, corresponds to the frames of the law).

“We address everyone: obey the law. Otherwise, police will use their lawful mandate and suppress unlawful acts immediately.“

On November 4 Sandro Bregadze, leader of Georgian nationalist group Georgian March, pledged to stop the screenings going ahead, describing the film as “a striking example of gay propaganda that has no artistic value. This is propaganda of sodomy and foulness.“

His comments were echoed by Andria Jagmiadze, head of public relations for the Georgian Orthodox Church, who described the film as “yet another attempt to downplay Georgian, Christian values.“

Georgian businessman Levan Vasadze, who formed ‘men-only’ patrols to fight what he called “gay propaganda“ ahead of the LGBT Tbilisi Pride event in June, also threatened to disrupt screenings in the cinemas set to show the film, saying he will “push away“ police.

Shot in Tbilisi, the Georgian-Swedish co-production premiered in Directors’ Fortnight at Cannes 2019, where it was nominated for the independent Queer Palm for best LGBT-relevant film.

It has also been a hit on the festival circuit, winning three prizes at Odessa, two at Valladolid, and the best actor award for lead Levan Gelbakhiani at Sarajevo.